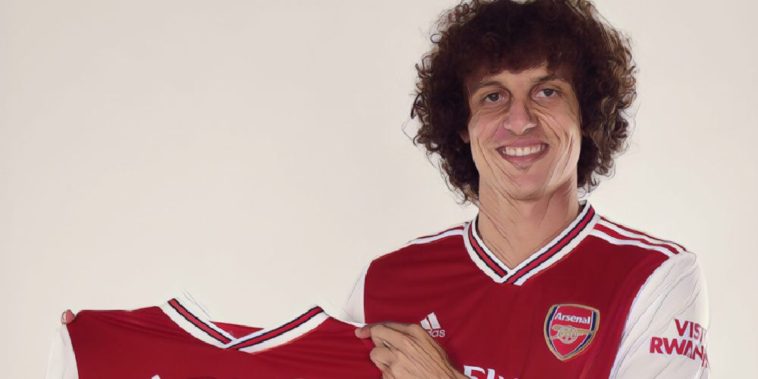 The agent of David Luiz insists there is a ‘very high’ his client will still be at Arsenal next season, despite widespread reports the centre-back was set to leave this summer.

The Brazilian defender is out-of-contract this summer with Sky Sports reporting last Wednesday that ‘no contract extension talks are planned’, the 33-year-old seemingly heading towards the exit door at the Emirates after just a single season with the club.

However, Luiz’s agent, Kia Joorabchian, has now insisted his client remains happy in north London, and is expecting an arrangement to be found once the veteran sits down for discussions before the beginning of the new season.

“He’s very happy at Arsenal,” Joorabchian told Sky Sports. “He has an extremely good relationship with both the coach and the sporting director. He has good relationships all throughout the club, right up to the owner. He respects everybody.

“Arsenal had an option, which expired. We also had a pandemic [coronavirus]. So the option expired in the middle of the pandemic. We are all very aware of that situation and we are all trying, very slowly, to get back to this ‘new normal’.

“These contract situations, these renewals, if he stays or if he goes… will all sort themselves out when we get back to some kind of ‘new normal’.

“David will sit down with Arsenal before the season begins, have his conversations and they will both decide if he will stay or not. That will come before the season starts. The chances are very high [of Luiz being at Arsenal next season]. There is no desire to leave.”