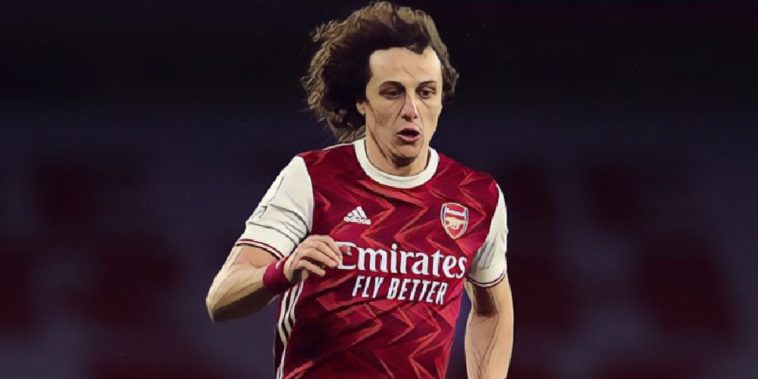 David Luiz has explained his exit from Arsenal this summer and has backed Romelu Lukaku to be ‘amazing’ for Chelsea.

Luiz is currently without a club after deciding not to sign a new contract at Arsenal, the defender a free agent after a decision was made by both the player and Gunners to part ways this summer.

The 34-year-old spent two seasons at the Emirates and formed part of the side that won the FA Cup in 2020 as well as the community shield, but says now was the right time to move on as Arsenal as he bids to continue to win trophies.

“Both of us decided to split,” he told the Mail. “I came for two years and the aim was to win something, which I did.

“Now, I think the club has a different project for the long term. They have different ideas. My idea is to win, win, win as soon as possible.”

Luiz also discussed the return of former teammate Romelu Lukaku to Chelsea, the forward having rejoined the west London side in a record-breaking £97.5m deal from Inter Milan this week.

Luiz shared a dressing room with a teenage Lukaku at Chelsea and believes the Belgium international is now primed to make a major impact after returning to Stamford Bridge as ‘a real man’.

“Romelu deserves this move,” he said.

“I remember the day he missed the deciding penalty against Bayern Munich in the Super Cup (in 2013) and he was so sad, just a young boy. But he is not a kid now, he is a real man. I think he will prove to be amazing for Chelsea.”