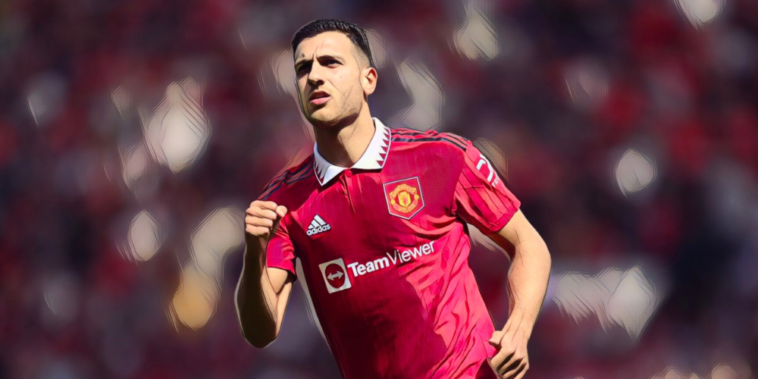 Diogo Dalot is keen to sign a new contract at Manchester United with Barcelona and Juventus among the clubs interested in the full-back.

Dalot is into the final season of his contract with the Red Devils and a number of leading clubs are monitoring his situation, though United have the option to extend his deal for a further season.

The Manchester Evening News are reporting Dalot is hopeful of receiving a new long-term deal at United, following a run of improved performances this season.

The right-back has started the campaign in impressive form to become a key part of Erik ten Hag’s side, while he demonstrated his increasing confidence with two goals – his first at international level – in Portugal’s 4-0 win over the Czech Republic last weekend.

United turned down approaches for Dalot last summer with the defender now first-choice at Old Trafford, having restricted Aaron Wan-Bissaka to just four minutes of Premier League football so far this season.

AC Milan – who took Dalot on a season-long loan deal in 2020/21 – Borussia Dortmund, Atletico Madrid, Barcelona and Juventus have all been credited with an interest.