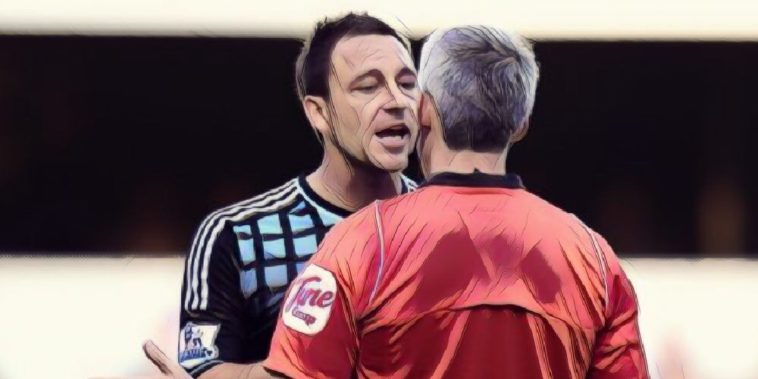 The former England forward brought an end to his career this summer after more than two decades in the game, has discussed the changes he has seen in football over the course of his career.

One change in particular that Crouch feels was evident was the manipulation of referees and says Chelsea legend Terry was an expert in the ‘disgusting’ tactic.

“What I saw creeping into the game, during my time, was when the captains would go in before the game and speak to the ref,” Crouch said during the first episode of the ‘Back of the Net’ show on Amazon Prime.

“To me, they would always be ‘ref’. I have grown up with just ‘ref’. Now it’s like Mike and James. They are all called by their first names. It’s all to get them onside.

“I remember Darren Fletcher was good at it. But John Terry was amazing at it. Just getting around the ref. ‘Ah, Mike, you alright? How is the family?’ All this.

“Unreal. I thought: ‘This is disgusting.’ He was crawling around the ref.

“And it meant [the ref] would think twice. If he clattered someone in the first minute, he’d get up and say: ‘Sorry, Mike.’ He would then think twice about booking him. It’s little things like that.”

Crouch’s revelation comes after former Premier League referee Keith Hackett exclusively told The Football Faithful that he feels referees are ‘weak’ when it comes to dealing with dissent from English players.

Hackett believes stars such as Wayne Rooney and Terry have received favourable treatment from referees in the past, and you can see Hackett’s opinions on the matter here.

Top five ‘where were you?’ moments in Premier League history