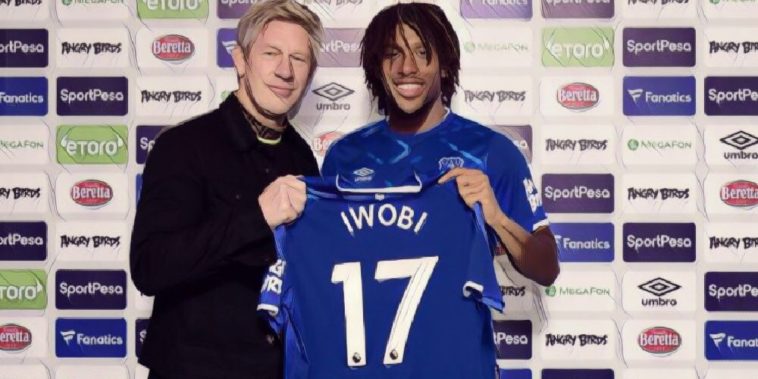 Alex Iwobi admits he left Arsenal to ‘make a name’ for himself in the Premier League at Everton.

The move brought an end to a 15-year association with Arsenal, the midfielder admitting the influence of manager Marco Silva and sporting director Marcel Brands played a major role in his decision to swap the Emirates for Merseyside.

“I spoke to the manager and Marcel and they almost lured me in,” Iwobi told evertontv.

“The offer was too attractive for me to turn down.”

Iwobi made 148 senior appearances for Arsenal after emerging from the club’s academy, but failed to establish himself as a regular first-choice starter, with the arrival Nicolas Pepe seemingly further pushing him down the pecking order.

The Nigeria international admits he is now ready to take on more responsibility and says he is hopeful he can ‘make a name’ for himself at Goodison Park.

“The manager was telling me, ‘There is a spot for you, we will take care of you’. Basically, all the things you want to hear as a player.

“I always had that youngster tag at Arsenal, so hopefully with this move I am able to make a name for myself in the Premier League and create history with Everton.”