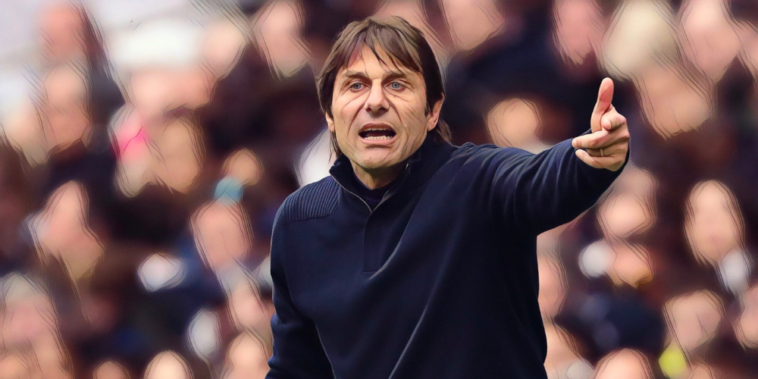 Antonio Conte has refused to commit his future to Tottenham despite the club securing a top four finish and Champions League qualification.

Spurs thrashed Norwich 5-0 on the final day to finish in the Premier League‘s top four, securing a place in the Champions League for the first time since the 2019/20 campaign.

The win capped an impressive turnaround since Conte’s appointment as manager in November, with the North Londoners having been ninth at the time of his arrival.

Conte has refused to commit his long-term future to the club however, and says he will hold talks with the club’s hierarchy over their future ambitions.

“Now I think for me, the club and the players it’s good to have three, four, five days of rest and then the mind will be very clear,” he said at Carrow Road.

“Then you can consider the whole season. I think you have to be very calm before talking.

“Now there’s a lot of emotions in my mind, my heart, for me, for the club and for everybody.

“For this reason, it’ll be very good to rest for four or five days and then have a good meeting with the club to find the best possible solution.”

Conte was delighted to have secured Spurs a place in Europe’s elite next season and described the club’s top four finish as one of his ‘most important’ managerial achievements.

“I have to be honest, I think it (finishing fourth) is one of the most important achievements in my career,” he told Sky Sports.

“Sometimes it’s not only when you lift a trophy to be satisfied, I think we reached the maximum level that we dreamed of in November because then the situation was not so good for many reasons. The club changed the coach and with injuries we tried to find the good solution.

“I think we’ve done a really good job and for me this is a big achievement in a league that is very difficult because here you find the best players and best coaches.

“I’m happy even though I didn’t lift any trophy this season.”