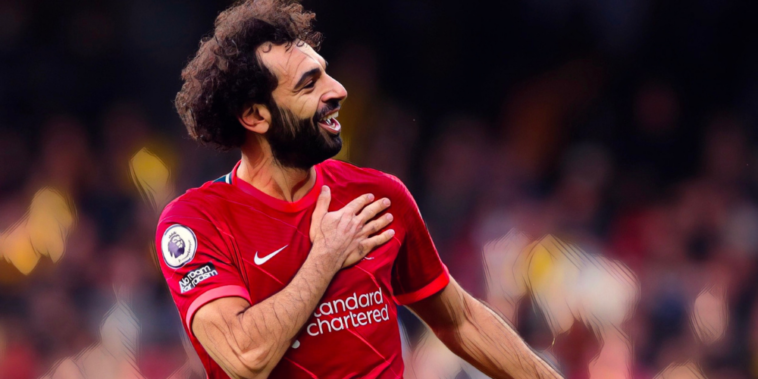 Another season of thrilling Premier League football will reach its conclusion this weekend, which means it’s time for us to assess the league’s leading performers and compile our Team of the Season.

Manchester City and Liverpool unsurprisingly dominate our selection with the duo having been the division’s top two once again in 2021/22, though there’s room for alternative entries in a well-balanced and talented side.

Here is The Football Faithful’s Premier League Team of the Season.

Alisson earns inclusion as our finest goalkeeper of the Premier League season, with the Liverpool shot-stopper having been a vital part of the Reds’ challenge on four fronts.

The Brazil international leads the division for clean sheets with 20 – alongside Manchester City’s Ederson – and has often come to his side’s rescue with big saves at crucial moments.

The 29-year-old has been described as the best ‘one-against-one’ goalkeeper in world football and has added the League Cup and FA Cup to his increasing collection of winners’ medals in 2021/22,

He will hope there is more to come ahead of the Premier League’s final day and an upcoming Champions League final with Real Madrid on May 28.

Trent Alexander-Arnold has continued to set the standard for creativity from full-back this season, with only Mohamed Salah having provided more assists in the Premier League.

The 23-year-old has 12 assists for the campaign, just one short of his own Premier League record for most assists by a defender in a single campaign, set in 2019/20.

Alexander-Arnold’s 17 assists in all competitions is a career-best figure and he has remarkably averaged a goal or assist every three fixtures since his emergence into the Liverpool side.

Impressive defence performances in two major cup finals are also often overlooked given his attacking output, with a domestic cup double having completed the set of major career honours for the right-back.

Joel Matip’s continued availability this season has been a major boost to Liverpool’s season, with the centre-back having made more appearances (42) than in the previous two seasons combined.

Matip has enjoyed arguably the best season of his career at Liverpool, providing an assured defensive presence alongside Virgil van Dijk and impressing with his adventurous strides forward.

8 – Joel Matip has ended on the winning side in all eight Premier League matches when he's scored, while he's only lost 10 of his 125 Premier League appearances (8%), the lowest ratio of any of the 1,081 players to appear at least 100 times in the competition's history. Dominant. pic.twitter.com/uNR7yutSbT

He ranks second in the Premier League for progressive carrying distance and an underrated component of the Liverpool side is beginning to earn his plaudits this season.

His free transfer arrival from Schalke in 2016 has been one of the Reds’ shrewdest pieces of business of the Jurgen Klopp era.

Liverpool’s pursuit of four trophies has been built on a solid defensive foundation, one that was lacking last season in the absence of Matip and Van Dijk.

Van Dijk’s return has helped transform the Reds into title challengers once again with the Dutch defender have reestablished his status as the Premier League’s best centre-back.

Van Dijk has been a colossal presence for Liverpool, bringing a sense of authority to the backline and instilling confidence in those around him.

What a time to be a Red! 🕺🏽 pic.twitter.com/Puy8DKoVg5

His impressive return from a serious knee problem is a testament to the standards he has set across four years at Liverpool, a period in which he has won all six major trophies and failed to lose a single league fixture at Anfield.

Cancelo has evolved into a multi-functional part of Pep Guardiola’s plans, with the Portugal international a nominal full-back granted a licence to drift inwards .

Can't get enough of this assist from João Cancelo 🤤

The 28-year-old leads the Premier League for touches and progressive carries, whilst he ranks among the division’s leaders for progressive passes (2nd), crosses (3rd) and goal-creating actions (8th).

His offensive output – which has seen Cancelo have more touches in opposition penalty area than any other Premier League defender with 104 – has seen the full-back score three goals and provide 10 assists across all competitions.

Rodri has been an immense figure in Manchester City’s season, with the Spaniard having been arguably the most consistent member of a supremely talented midfield group at the Etihad.

Whilst Bernardo Silva was City’s leading light pre-Christmas and Kevin De Bruyne reached new levels over the second half of the season, Rodri has been a mainstay of the midfield and has regained possession on more occasions than any other Premier League player.

Winning the ball back for their side 💪 pic.twitter.com/U5Ct8YwgIN

The 25-year-old has registered a superb pass accuracy of 92% for the defending champions, whilst he has come up clutch at crucial moments in the campaign.

Without his brilliant last-ditch block in the draw at Liverpool or stoppage-time winner against Arsenal at the Emirates, the title race could have looked entirely different.

Declan Rice has taken his game to new heights this season with the West Ham midfielder developing into one of the most complete midfielders in the division.

The 23-year-old has led the side with authority during the 2021/22 campaign and demonstrated the improving aspects of his game, with the England midfielder’s driving runs a feature of the Hammers’ side.

Rice has become a real force in the engine room of a West Ham side who reached the Europa League semi-finals this season, adding attacking impetus to the defensive talents which have seen him become one of the division’s best anchors.

He ranks second in the league for possession won this season and fifth for progressive carrying distance.

Manchester City’s main man has come to the fore during the season’s run-in, finding his form to propel the Premier League champions within reach of another title.

De Bruyne has enjoyed a career-best season in the final third with 16 league goals for the campaign, including a run of eight goals and five assists during his last nine games.

That form included a sensational four-goal display in the 5-1 win at Wolves, as the Belgian became just the third Premier League midfielder to score four times in a fixture.

His role in City’s charge towards the championship has moved De Bruyne into Player of the Year contention, as he looks to become the first player in history to win the PFA award on three occasions.

Mohamed Salah has been arguably the finest footballer in the Premier League this season, leading the division for both goals and assists.

The Egyptian – who was named as FWA Footballer of the Year in April – began the campaign in scintillating form for Liverpool, scoring 10 goals and providing five assists across his first nine Premier League games of the season.

Salah’s form propelled him to the top of the Golden Boot rankings and he continues to lead the way as we head into the season’s final fixtures, as the 29-year-old pursues a third career accolade.

He has reached 30+ goals in all competitions for the third time in five seasons at Anfield, whilst a haul of 13 league assists is the best of the forward’s career to date.

Son Heung-Min is the man chasing Salah down in the Golden Boot race, having reached a career-best of 21 league goals.

The South Korean has been excellent despite the inconsistencies of Spurs this season, his form having helped keep the club in contention for Champions League qualification.

A special thank you to all of you Spurs supporters for this season 🤍The atmospheres have been amazing because of you. It is an honour for me to be voted the Supporters Club, One Hotspur and Junior One Hotspur player of the season. We will fight until the final whistle next week! pic.twitter.com/EGisbPKyzo

Son’s partnership with Harry Kane is one of the Premier League’s great double-acts and the 29-year-old does perhaps not receive the credit his talents deserve.

Son has been one of the Premier League’s finest forwards for some time and is a player who would improve any side in world football.

Harry Kane leads the line for our Premier League Team of the Season, with the England captain having overcome a slow start to fire Spurs into the top four.

The 28-year-old has scored 16 goals and provided eight assists, trailing only Salah and Son for goal involvement in the Premier League this season.

His display in the win at Manchester City in February was arguably the best individual showing of the season.

Kane has scored 11 goals and provided six assists in his last 15 games for the North Londoners, who have risen into the Champions League places with only Liverpool (32) and Manchester City (27) having taken more points than Spurs’ 26 points across the last 12 league games.

Kane found his form at just the right time for Antonio Conte and his team and remains the best out-and-out centre-forward in the division, bar none.