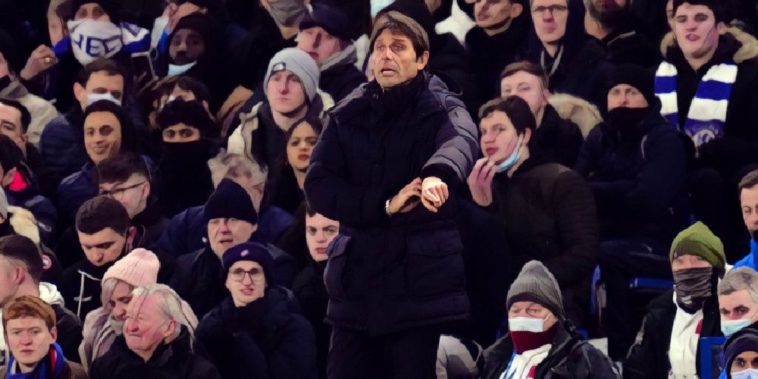 Antonio Conte is looking for ‘continuity’ in Tottenham’s performances ahead of the club’s clash with Middlesbrough, as he bids to reach a third FA Cup final.

Tottenham travel to face Middlesbrough in the FA Cup’s fifth round tomorrow evening, as the north Londoners look to continue the momentum from their weekend win over Leeds against the Championship promotion hopefuls.

Conte has enjoyed a fine record in the FA Cup during his previous spell in English football, having reached successive finals during his two-season reign at Chelsea, winning the latter against Manchester United in 2018.

The Italian is hoping to reach Wembley for the third time this season, but says his side must show greater consistency if they are to reach the latter stages and end the club’s wait for silverware.

“I’m not desperate but you know very much I like to win,” he said at his pre-match press conference.

“For sure is a good competition. I was lucky to reach the final for two years in a row. I’d like to continue this tradition especially for Tottenham and for my players and the fans of the club not only for me.

“You know very well this trophy is not easy and tomorrow we face a tough game. I want to see continuity in the performance of my players because we need to show that we are learning something more and I hope tomorrow to see a good game and to see good football but at the same time with great desire to go to the next round.”

Conte provided an update on the fitness of his squad and says he will have the same options available as at the weekend, confirming Oliver Skipp and Rodrigo Bentancur are among those who will again be absent against Middlesbrough.

“It was the same, we have the same players, the same squad that we faced for Leeds.

“No Skipp, no Tanganga, no Moura, no Bentancur.”