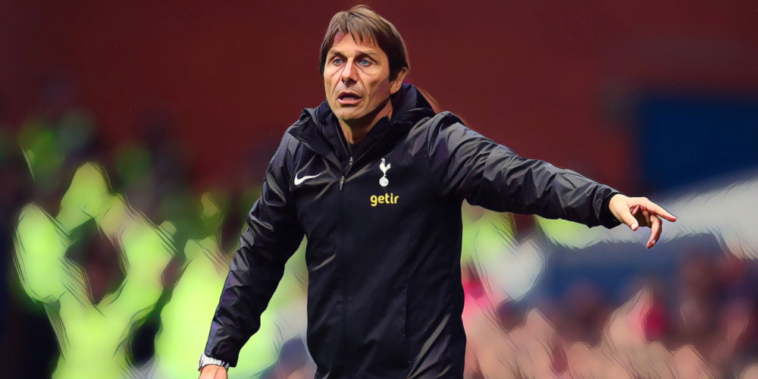 Antonio Conte has discussed a potential contract extension for Harry Kane and why he is ‘really happy’ with summer signing Richarlison.

Kane has began the season in fine form with four goals in four Premier League games, with the England captain scoring a brace in Sunday’s 2-0 win at Nottingham Forest.

Having agitated for an exit from Spurs last summer, the 29-year-old appears content in north London following Conte’s transformation of the side and Champions League qualification.

Spurs are understood to want to tie Kane – who scored the 200th and 201st league goals of his career at the weekend – to a new contract, with his current deal set to expire in 2024.

Speaking ahead of Wednesday’s clash with West Ham, Conte expressed his desire for Kane to commit his future to the club and sign a new deal.

“To be honest, I don’t know.” Conte said at his pre-match press conference.

"I wouldn't want my players to do that, if that's accepted at Spurs it's nothing to do with me." 🌳🔴

”I think we are talking about an important player for Tottenham and everyone’s desire is for him to stay here and sign a new contract.”

Conte also spoke on Richarlison, who has started as a substitute in each of Spurs’ league fixtures so far this season. The Brazil international came off the bench to set up Kane’s second goal at the weekend, but received criticism for showboating at the City Ground with Brennan Johnson hacking down the forward after he juggled the ball in possession.

Conte, however, has no complaints over the 25-year-old’s actions and revealed Richarlison will soon be handed a chance from the start.

“We are really happy. Every time he is playing, he is playing very well. For sure in the upcoming games you will see him in the starting eleven.”