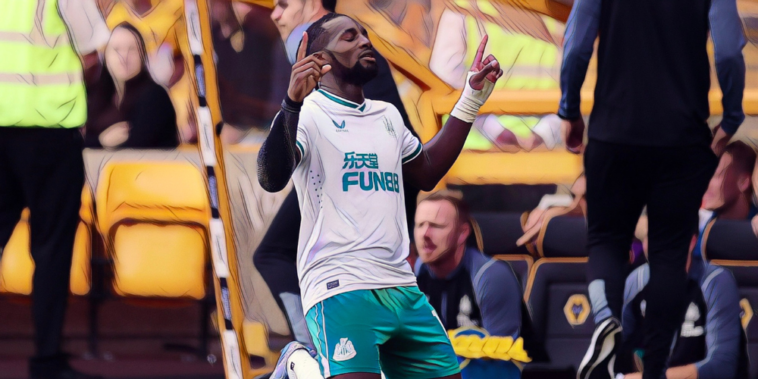 Liverpool produced an emphatic response to their critics this weekend, securing a first win of the season in record-equalling fashion.

A rampant performance from the Reds saw Jurgen Klopp’s side beat Bournemouth 9-0, equalling the Premier League record held jointly by Manchester United (vs Ipswich in 1995 and Southampton in 2021) and Leicester (vs Southampton in 2019).

Liverpool were two goals up inside six minutes as Luis Diaz and Harvey Elliott put the home side in control and showed no mercy during a punishing performance.

Trent Alexander-Arnold, Roberto Firmino and Virgil van Dijk made it five before the break, before a Chris Mepham own goal and Firmino’s second saw the score rise to seven with almost half an hour still to play.

Fabio Carvalho’s first goal for the club and Diaz’s second of the afternoon completed a record rout, as Klopp’s team recovered from a shaky start to the season in spectacular style. Tougher tests await than a Bournemouth side battered on Merseyside, but this was more like it from last season’s runners-up.

Erling Haaland’s hat-trick inspired Manchester City’s comeback from two goals down to beat Crystal Palace this weekend, as the champions again dug in deep to rescue a result.

Palace have emerged as somewhat of a bogey side in recent encounters between the teams, having taken four points from Pep Guardiola’s side last season, including a 2-0 win at the Etihad.

Another shock looked on the cards as the Eagles led 2-0 at half-time, with City’s defensive fragility something that will concern Guardiola after Newcastle also exposed his side last weekend.

Fortunately for City, the club now possess arguably the Premier League’s finest trump card in Haaland. It’s now six goals in four games for the Norwegian, who has hit the ground running in English football.

After being starved of service during the opening hour, Haaland turned the game around with an electric display of finishing. His header from Phil Foden’s cross brought the sides level, before he found himself in the right place at the right time to tap in a second. His hat-trick goal was the best of the lot, showcasing the strength and speed that will terrify Premier League centre-backs before prodding past Vicente Guiata.

Haaland has now scored 161 senior goals at club level and a staggering 11 hat-tricks. A reminder – he only turned 22 last month.

One man enjoying his football right now is Allan Saint-Maximin, who followed up a scintillating showing against Manchester City last weekend with a quite brilliant goal for Newcastle at Wolves.

Eddie Howe’s side were heading towards a first defeat of the season at Molineux, until Saint-Maximin’s special rescued a point in the last minute.

It was an exquisite piece of technique from the Frenchman and a rich reward for a performance in which he was the Magpies’ biggest threat.

Allan Saint-Maximin with the equaliser 🔥🔥 pic.twitter.com/F4aukcdfN3

It’s barely believable that Liverpool hit nine this weekend without Mohamed Salah on the scoresheet, with the Egyptian somehow not managing a goal or assist despite it raining goals at Anfield.

Salah’s lack of goals was not due to a lack of chances however, and the three-time Golden Boot winner could conceivably have had a hat-trick after some glaring misses.

The worst of the lot was this miscue from close range, a nightmare for Fantasy Football managers and an early candidate for the Premier League’s miss of the season.

How has Mo Salah missed it !! #FPL pic.twitter.com/yaP4ROOLgm

Dean Henderson’s remarkable record from the spot continued this weekend, with the Nottingham Forest goalkeeper saving his second spot-kick of the campaign.

Henderson’s became the first goalkeeper since 2018 to save a Harry Kane penalty, while he has now saved ten of the 18 penalties he has faced in English football.

His Premier League record is even more impressive, with just one of the five spot-kicks he has faced finding the target (3 saved, 1 hit post).

The Wolves midfielder was at it again this weekend with a spectacular strike to open the scoring against Newcastle, firing in from the edge of the area.

Incredibly, 84% of Neves’ non-penalty goals for Wolves have now come from outside the box.

16 – Excluding penalties, 84% of Rúben Neves' goals for Wolves in all competitions have come from outside the box (16/19), including eight of 11 in the Premier League (73%). Marksman. pic.twitter.com/b3HbmBQ5tT

Jurgen Klopp admitted he is not always best pleased with calls from the crowd to shoot from distance, but was relieved that Trent Alexander-Arnold accepted Anfield’s invitation with a thumping effort against Bournemouth.

Klopp on Trent Alexander-Arnold's goal: "I don't like when the player is 35 yards from the goal & the whole crowd shouts "SHOOOT" but this worked out pretty well." pic.twitter.com/khcA3F9Wt1

Enjoy every angle of @TrentAA's strike against AFC Bournemouth, presented by @Sonos 👌 pic.twitter.com/dEU9WU3pxo

Conor Gallagher’s return to Chelsea has not gone as smoothly as hoped and the midfielder endured a moment to forget this weekend.

After a disappointing showing in the defeat at Leeds last time out, Gallagher was sent off inside the opening 28 minutes against Leicester at Stamford Bridge.

His first booking was perhaps harsh, but his second was rash and reckless. Just six minutes after going into the referee’s notebook, he made a clumsy challenge to stop a Leicester counter and was given his marching orders.

Chelsea dug deep to earn a 2-1 win despite their man disadvantage, but Gallagher has work to do if he is to earn the trust of Thomas Tuchel.