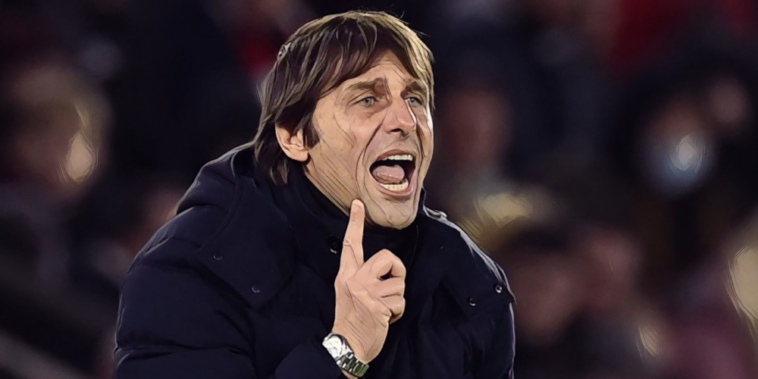 Antonio Conte has discussed the difficulty of his Tottenham rebuild and has revealed that Son Heung-Min has been ruled out until next month with a calf injury.

Spurs have made an unbeaten start in the Premier League under Conte, but suffered a setback following a disappointing Carabao Cup semi-final defeat to Chelsea in midweek.

Tottenham return to action with an FA Cup clash against third-tier Morecambe this weekend, providing Conte’s side with a chance to bounce back from their midweek disappointment.

Ahead of the clash the Italian has discussed his opening months in charge of the north Londoners and admits his rebuild of the club will be ‘difficult’ given the strong competition in English football.

“Surely I know the situation and I know the club knows the situation very well,” he said at his pre-match press conference. “This league is the most difficult in the world and the level of the league is very high. It’s very demanding in every game and for this reason you need to pay great attention.

“You need to build a good foundation and structure if you want to be competitive. I repeat, apart from the top four teams in England, then there are many strong teams building something important too.

“You have to be prepared to fight a lot here and keep your position here. We know this and it will be difficult but we have to do our best to bring Tottenham in the best position for the club.”

Conte also confirmed that Spurs have been dealt a blow after Son Heung-Min sustained a calf injury, with the South Korean set to be sidelined for the remainder of the month.

“Against Chelsea I made two substitutions together, Lucas Moura and Son. Not for injury, their sub, but to try to give them 15 minutes of rest.

“The day after Son felt a bit of pain in his muscle, in his leg and he had a scan. Now we have to make the right evaluations from the doctors.

“He’s an injury. I don’t know but probably they could stay without training session until the end of this cycle, before the international break.”

Conte also discussed resting Harry Kane this weekend, given the amount of football the England captain has played in recent weeks. Spurs face a challenging run of fixtures following the clash with Morecambe and the 52-year-old admits now is a good time to give Kane a rest.

“Honestly I think Harry played six games in 17 days and I think if I have the possibility, I think that it is right to give him a bit of rest. Also after this game before the break of the international team, we have four games very difficult games, Chelsea, Arsenal, Leicester and Chelsea again.

“It is always difficult to decide not to start with Harry but at the same time in some games if we can take risk it is right to take.”