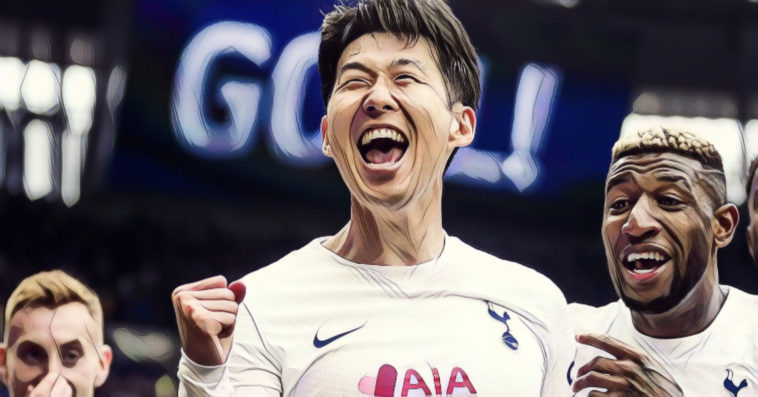 Spurs maintained their push for a place in the top four, by beating Leicester 3-1 today at home.

The North London clubs manager Antonio Conte had revealed he wanted to see a reaction from his side today after dropped points against Brighton and Brentford had seen Spurs lose ground in the race for the top four.

On 22 minutes Conte and the home support would get exactly what they wanted, with Spurs taking the lead via a familiar combination. South Korean attacker Son Heung-Min whipped in a corner from the right and his partner in crime Harry Kane met it at the front post and hammered a low header into the back of the net.

Just after the hour mark Son gave his side some breathing space, when he finished smartly with his left after being played through by Swedish winger Dejan Kulusevski. Then in the 78th Son killed the game off by netting a career best 19th Premier League goal of the season with a wonderful curling effort from outside the area.

Spurs moved a point ahead of North London rivals Arsenal and into fourth place, ahead of the Gunners clash with West Ham later today and speaking afterwards afterwards Italian coach Conte was delighted with his sides showing.

“It was a good performance against a really good team and not an easy game, but you know in England there are never any easy games – especially against Leicester who have a good squad,” Conte told BBC’s MOTD.

“Despite making eight changes the Leicester team was good and strong so for this reason we have to be delighted we got three points. It was of vital importance to us to stay in this race [for Champions League].

“No-one could have imagined when I arrived in November we could be in this race still, but these players are deserving to fight for such an important place. it is not easy to qualify for the Champions League in England.

“I think we were more clinical in this game. There was space for us and we exploited in very well. That was the key.”