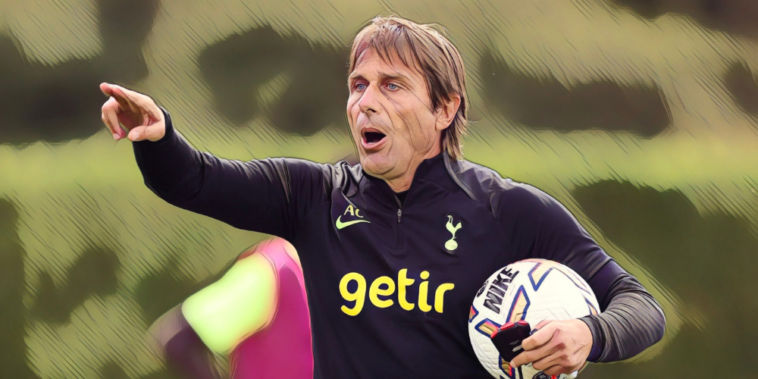 Spurs produced a poor performance during defeat at Old Trafford in midweek, with a fine performance from Hugo Lloris in goal required to prevent an emphatic scoreline.

The north Londoners were second best and Conte’s tactics have since been criticised following another negative performance, one which replicated the club’s defeat at Arsenal earlier this month.

Conte has refuted criticism of his system however and insists he does not want to look for excuses as Spurs look to get their season back on track against Newcastle this weekend.

“I don’t think we lose the game for the formation otherwise we won the game against Everton with a 3-5-2. If you want to find an excuse I can find a lot but I don’t want to find excuses,” he told his pre-match press conference.

“The best situation for the team at the moment is to play with the three midfielders and then we’ll see the improvement of Lucas’ fitness.

“We had a lot of problems with the players that now we have to cope with this difficult situation but I don’t want to give excuses to my players. We have to be strong and use this period to become stronger and stronger. I want players already to take responsibility when the situation is not easy. In this way you grow stronger and become a protagonist in the future.”

Conte refused to question the commitment of his players at United, but conceded that his team were not good enough on a disappointing evening at Old Trafford.

Conte reflected on the loss after re-watching the game, admitting his side reacted poorly after falling behind to an early second-half deflected goal.

“The first half wasn’t so bad,” he reflected. “My first impression was more negative. The second half and the two conceded goals after a few minutes, I think this killed us. Also what happened this situation we had to find the right reaction.

“We then had to find a way to have a good result and score goals. Instead in the second half I think we missed it. Our reaction was poor. I was really honest to say that United deserved to win.

“For us, every game it’s important to learn, especially when you are going to play this type of game when the level is really high. You have to fight from the start until the end.”