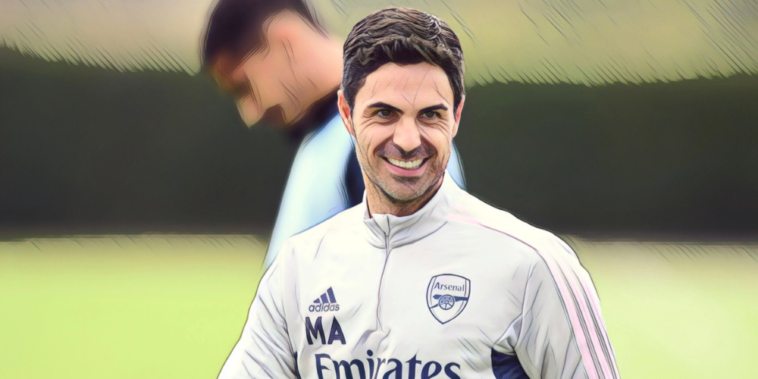 Mikel Arteta has warned his Arsenal side of the dangers Southampton will pose following last season’s ‘painful’ experience at St Mary’s.

Arsenal are top of the division after the club’s best ever start to a Premier League season, having won nine of their opening ten league games.

The Gunners will be seeking a ninth consecutive win in all competitions this weekend, with Thursday’s win over PSV Eindhoven having secured the club’s progress to the Europa League knockout rounds.

Arteta has been delighted with his side’s start, but warned his team must remain consistent to remain at the top of the Premier League in May.

“I am very positive – the win percentage is extremely high, the way we are performing is really good and we are in the position that we want to be,” Arteta told his pre-match press conference.

“Now we are there, but is a long, long season and we have to deserve to be there when it comes to May.”

Arteta warned his side of the dangers that Southampton will pose, having seen Arsenal suffer a ‘painful’ defeat at St Mary’s last season. Jan Bednarek scored the only goal to damage the club’s bid to secure Champions League football.

Arsenal have shown progress this season with impressive wins at the likes of Brentford and Crystal Palace, having suffered setbacks in those fixtures last season.

Arteta hopes lessons have been learnt from last season’s encounter with the Saints as Arsenal look to maintain their strong start.

“That is an experience that was painful, especially with the way the game turned out and the consequences, so we know where the danger is with that team,” he said.

“It’s difficult because we have had a day to prepare for the game. We have watched certain games and still have to finalise our preparations because we have a training session tomorrow.

“Against us they have played in various ways, so we know what we can expect but we don’t have certainty in the way they are going to start the game.”