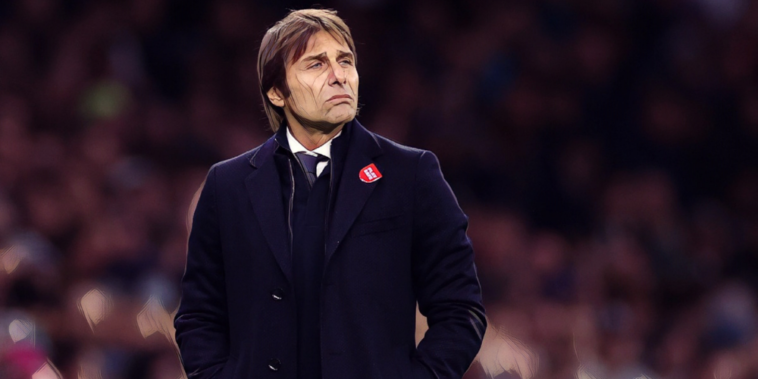 Spurs suffered a set back in their quest for a top four spot by losing 2-0 away to London rivals Chelsea today.

Much has been made of the relationship between Chelsea’s £98 million striker Romelu Lukaku and Blues boss Thomas Tuchel recently, and the Belgian striker to would fail to make the most of a hat-trick of half-chances during the opening period.

Despite the home side dominating Spurs looked to have taken the lead through talisman Harry Kane  just before half-time. However, referee Paul Tierney disallowed the goal for a push by Kane on Brazilian defender Thiago Silva just before the England skipper had turned and fired past Kepa.

Chelsea’s superiority would eventually be rewarded just two minutes after the break and it would come in sublime style via Hakim Ziyech. The former Ajax attacker curling a worldie of a strike into the top corner from outside the area.

Then on 55 minutes the Blues would seal the win, when Thiago Silva flicked home an in swinging Mason Mount free-kick from the left-hand side.

Speaking afterwards Spurs boss Antonio Conte admitted his side are not able to compete with the best sides in the Premier League.

“I don’t like to lose and defeat is always difficult for me, but I think to have a nine games in a row without defeat was important,” Conte told Sky Sports.

“In this moment, the gap with other teams like Chelsea is really an important gap and the team and the squad, the game was… I am proud for the effort. We tried to do everything but sometimes it is not enough, especially against a team like this.

“Now there is a big difference between us and the top teams.”

When pushed on potential incomings during the January transfer window the Italian coach suggested that such are Spurs issues that it will take a lot more than a couple of signings to rebuild the current squad to a level where they will be able to challenge the top sides in the division.

“This is not the right moment to speak, the club know very well what I think,” Conte said.

”There is not one transfer market to close the gap. The last few years this gap became very big and now it is not simple to find a solution in a short time.

“I am only focused to work until the end, we have four months to try and give everything, but if we think we solve with the transfer market the situation, it is not the reality. You need many years, but for sure we have to start.

“You have to sell or loan players and it is difficult and then you have to find the right players for you. You can only start this process but you need many years. It won’t be easy, I spoke with the club and am totally in this position of the club to work and improve the situation on the pitch.

“I am enjoying my time in Tottenham, we have four months to work and get the best possible result. I am proud of the effort. Sometimes you can push 100% but it is not enough.”