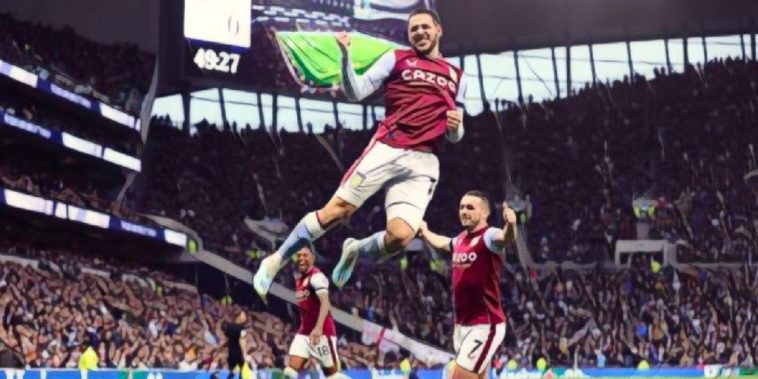 Tottenham’s 2023 got off to the worst possible start as they slipped to a 2-0 home defeat to Aston Villa.

It was a first half that offered very little in the way of quality or entertainment, with Harry Kane coming closest to opening the scoring, only to see Ashley Young clearing his effort off the line.

It may well be a new year, but shortly into the second half. there was a familiar feeling for Spurs fans. Before today, the North Londoners had amassed an incredible record of conceding first in each of their last nine games, and that record was extended to 10 as Villa took the lead in the 50th minute. Hugo Lloris spilled a long-range speculative effort from Douglas Luiz, with Ollie Watkins reacting quickly to pounce on the loose ball. The striker unselfishly turned to lay the ball off to Emiliano Buendia, who made no mistake with a low, first-time finish.

The Villains then added a second with 17 minutes of the match remaining, pinching possession of the ball in the Spurs half, before John McGinn played a delicious ball to find the run of Douglas Luiz who took a touch to control it before firing past Lloris.

Spurs have regularly shown their powers of recovery this season, and had scored in all but one of their Premier League games before today’s game, but Antonio Conte’s side were unable to muster a response and failed to get a single shot on target in the second half as Villa comfortably saw the game out to claim all three points.

Speaking after the game, Antonio Conte said his side lost confidence after going behind, and said that the team is short of creative players.

“In the first half we played with good intensity. We didn’t concede anything and we found a team that defended too deep and then we conceded this goal and then the confidence dropped for my players,” he told the BBC.

“We have to know that our life is this. We have to fight every game for one point or for three points. This is the truth, especially when you are without two or three important players and have difficulties.

“I’m sure that if we don’t concede the goal, we could win the game instead. The goal that we conceded killed us in confidence and in many situations for sure. You have to try and improve and develop these players and especially young players to be even stronger.”

The result, combined with Manchester United’s win over Wolves, leaves Spurs in fifth in the league. The Italian was asked about once again conceding first, before saying that a top four finish may be beyond the capabilities of his side.

“We have conceded the first goal and for sure we try to play to score goals. There is an opponent like you that can score during the game. We understand very well that the league will be really really difficult for us.

“We have to try to recover all the [injured] players and then we have to know that in every game we have to fight and show that we are strong. The league will be very difficult for us.