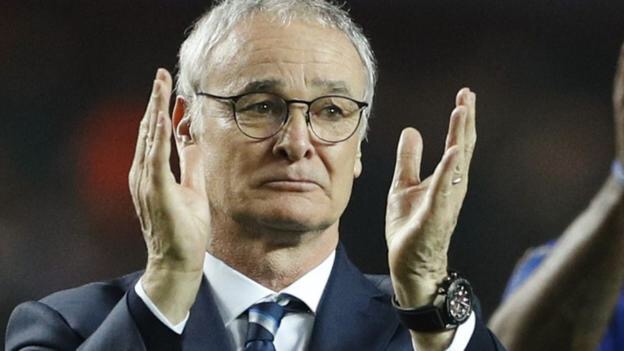 I’ve seen an awful lot of fallout since Thursday evening both in the mainstream media and on less formal medium such as Facebook and Twitter which completely decimates everything about Leicester City Football Club. The owners, the fans, the players, everything and everyone has been fair game and suddenly we’re the most hated club in England.

A poll on Talksport last night found that close to 75% of listeners wanted to see Leicester relegated because of what has happened.

Rumours of player revolutions, secret meetings and angry owners are all unsourced. All we can look at is the facts.

Leicester have won just five premier league games this season. Only goal shy Middlesbrough have won less, and they’re above Leicester in the table with a (much) stronger goal difference.

Leicester’s style of play has changed. Players are not closing down anywhere on the pitch, strikers are not sitting on the shoulder of the centre backs and balls are not being played into the channels. Full backs no longer stray past the half way line. Formation changes every other game and sometimes multiple times during a game. Intensity and style of play is different all over the pitch and it being so universal suggests that this is the game plan. They are being instructed to play like this and it doesn’t suit them.

Some (not all) players do seem to have lost motivation. Anyone who watched the Sevilla game must have noticed Mahrez jogging or walking around the pitch, not tracking back. Let’s put this into perspective. This is one of the biggest games in the history of the club. The first ever game in the knockout stages of the champions league, and realistically the only time Leicester will ever be there. This game meant so much to every single fan and player at the club, and yet Mahrez and some select other players just don’t look interested. There should really be no motivation needed here, every player should be self motivating to play in the greatest club competition on the planet. Something must be wrong, and as I said before, we simply do not know what it is.

The hungry, determined players with something to prove and being left on the bench. I’m talking about Okazaki, Gray, Ulloa, King, Chillwell and Benalouane amongst others. All have a shout for a place in the starting XI. All have shown incredible passion and ability when they’ve had a cameo off the bench or in the FA cup. But all are being left on the bench in favour of players like Ahmed Musa, who has proven absolutely nothing in the ample opportunity he has had. Fuchs and Huth have both been poor all season and are not suited to this new style of football they are being asked to play. Meanwhile players like Tom Lawrence and Matty James have been loaned out to the championship where they have been putting in MotM performances week in, week out.

All of these points come down to the manager.

It is a managers job to organise the players. It’s his job to create a style of play, and execute it. This has not been adequate. It’s not necessarily the results, its the manner of the results. Week in, week out, Leicester have been failing to score goals, and they have been failing to defend their own goal. They have also failed to excite the fans in the process.

It is also the managers job to nurture new talent and introduce it to the team. We haven’t seen nearly enough of this.

I love Claudio Ranieri as much as anyone. What the club achieved with him at the reigns will stay with me as long as I live. I’d even like to see a statue of him outside the ground.

But last season was last season. In any other club, the performance of Leicester since the start of this season would simply not be good enough.

Should we stick with Claudio for the rest of his life out of some blind loyalty? 21 points from 25 games is relegation form and it is the duty of the owners to look after the clubs best interests. That means survival.

I see a lot of neutrals claim that Ranieri should have been given a job for life, and receive the backing of the owners even if they went down to the third tier. Of course they say that, they are not fans.

If Leicester were relegated from the Premier League that would be the end of the story for the neutrals. But not for the fans. The fans would have to watch their club toil in the lower leagues for year after year. Let’s not forget that us Leicester fans have just gotten through a long, long 10 year stint in the second and even third tiers. We do not want to go through that again for as long as we can avoid it.

This article was written by our Guest writer and lifelong Leicester City fan, Alex Winterton (@AWinterton)

If you’re accusing Mahrez of not tracking back in the Sevilla game, then I’m guessing you weren’t watching the same game.
Ranieri had an extra substitute and didn’t sub Mahrez out in the dying minutes. It was because Mahrez was tracking back and closing down. It’s no coincidence that the first Sevilla goal allowed happened because Musa was in Mahrez’s position. In the 91st minute, Mahrez made bullied Vitolo off the ball in his own 18-yard-box and brought it out to counter. The whole play led to Sevilla’s Mercado being carded and several wasted minutes off the clock.
The jogging you are referring to is likely when Mahrez was put as a second striker in first half of the match. The tactical instructions were to sit back but Vardy and Mahrez sometimes pressed because Sevilla were holding the ball for too long. Their press was largely ineffective because no one in the midfield was pressing with them. This is the fault of Ranieri for not telling the rest of the squad to adjust.
Questioning whether Mahrez was motivated in a CL knockout game is a huge accusation and one that lacks any factual basis, especially once you consider that the CL is where Mahrez has performed best.

Spot on. The team staying in the PL should be the first priority. Ranieri will remain a legend for the club regardless of the sacking.