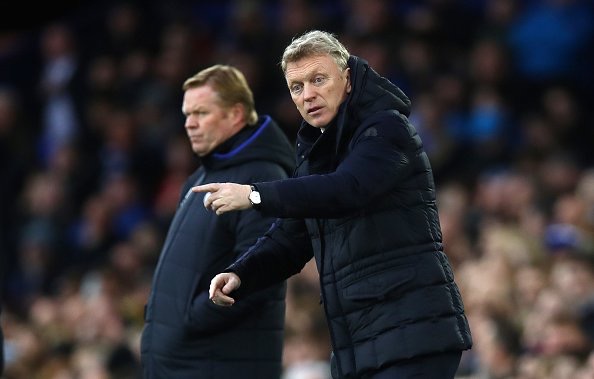 David Moyes returned to Goodison Park for only the second time since he left Everton in 2013. His first visit ended in a 2-0 defeat as Manchester United manager and his second ended the same way.

In fact his first return to face his former side back in 2014 turned out to be his final match in charge of Manchester United, and on this performance, you wouldn’t be surprised if it were his last at Sunderland

To choose just one word to describe Sunderland’s performance: terrible. Another would be effortless. Many Mackems left Merseyside irritated by Adnan Januzaj’s lackluster and lazy performance. Borini did  little more. Januzaj created a chance for Defoe only for the front man to clatter the bar.

On 79 minutes Moyes subbed off Darron Gibson, the only one that actually looked decent, unfortunately his colleagues didn’t have the same desire. If it wasn’t for John O’Shea it could’ve been a lot worse in the first half.

A bad afternoon for the Black Cats

Retuning goalie Jordan Pickford made a few first half howlers but was let off. The most notable when he dropped what should’ve been a routine save and just managed to gather the loose ball. However, the Washington born shotstopper had no chance when Idrissa Gueye released a thunderbolt from just inside the area into the top corner to make it 1-0 to the home side.

Second half saw a little fight from the Black Cats but missed opportunities and an unwillingness to shoot saw Sunderland struggle and make a poor looking Everton side look world class.

Another away day to forget

Seb Larsson failed to beat the first man on around half of his set pieces and the other half beat everyone.

Manchester United loanee Adnan Januzaj slipped in Jermain Defoe who clattered the bar as I mentioned before, but if the former England international had slipped in Seb Larsson then it could’ve been a different story.

In the aftermath of this, Januzaj bottled a challenge out wide. This resulted in Romelu Lukaku being set loose and he ran clean through. His shot took a deflection off former Toffee Bryan Oviedo and looped over a helpless Pickford to make it 2-0 to the Blues.

After that nothing much really happened.

Another away day to forget for the 3250 travelling Sunderland fans.