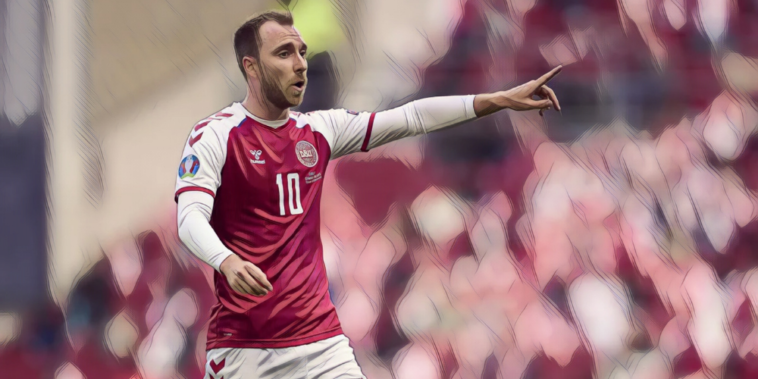 Christian Eriksen has completed his return to football and the Premier League after signing a six-month deal with Brentford.

Eriksen was a free agent after leaving Inter Milan with the midfielder having not featured since suffering a cardiac arrest during Denmark’s clash with Finland at Euro 2020.

The 29-year-old required life-saving treatment and has since been fitted with an implantable cardioverter defibrillator (ICD), though agreed a mutual termination of his deal with Inter Milan as Italian football does not permit professional footballers to compete with implanted devices.

Eriksen has now completed a series of medical checks and signed a short-term deal at Brentford, with Thomas Frank having expressed his delight at the chance to bring a ‘world class’ talent to the Bees’ squad.

“I am looking forward to working with Christian again. It has been a while since I last coached him, and a lot has happened since then. Christian was 16 at the time and has become one of the best midfield players to appear in the Premier League. He has also won trophies all over Europe and become the star of the Danish national team.

“We have taken an unbelievable opportunity to bring a World Class player to Brentford. He hasn’t trained with a team for seven months but has done a lot of work on his own. He is fit but we will need to get him match fit and I am looking forward to seeing him work with the players and staff to get back towards his highest level.

“At his best, Christian has the ability to dictate games of football. He can find the right passes and is a goal threat. He also has very, very good set piece delivery, both from corners and direct free kicks. He is a player you can find with the ball, and he will come up with a solution to the problem in front of him. Christian will also bring experience of top level football to the Club. I expect him to have an impact in the dressing room and at the Training Ground.“