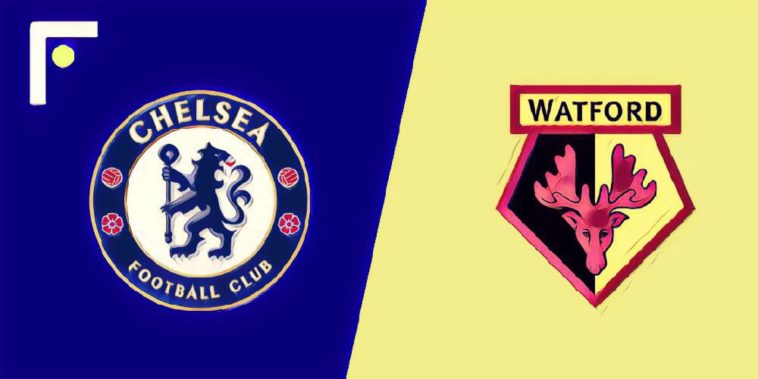 Chelsea host Watford at Stamford Bridge on Sunday, looking to maintain their place in the Premier League’s top four.

Despite having failed to win in their previous three league fixtures, the inadequacies of their top four rivals has seen Maurizio Sarri’s side remain fourth with just two games remaining.

Last weekend’s 1-1 draw at Manchester United kept their Champions League hopes in their own hands, and wins over Watford and Leicester in their final fixtures will seal a return to Europe’s premier tournament.

Top scorer Eden Hazard is likely to return having been a surprise omission from the starting XI for Thursday’s Europa League semi-final with Eintracht Frankfurt, whilst Gonzalo Higuain and Matteo Kovacic could also return for Chelsea.

Sarri’s options in central defence remain light, with Gary Cahill injured and Antonio Rudiger ruled out for the rest of the season.

Callum Hudson-Odoi is also a long-term absentee with a ruptured Achilles tendon.

Watford’s season seems to be drifting to its conclusion, with one eye perhaps on their FA Cup final date with Manchester City later this month.

The distraction of a major final appearance could perhaps be the reasoning behind the club’s inconsistent form, with last weekend’s home defeat to Wolves leaving Javi Gracia’s side 10th.

Captain Troy Deeney should return having served a suspension for his dismissal against Arsenal, whilst defender Craig Cathcart is a doubt after he limped off against Wolves. Sebastian Prodl and Domingos Quina remain on the sidelines.

How can I watch Chelsea v Watford?

This one is not available to view on UK TV channels, although those in the USA can watch the game on NBC Sports Live.