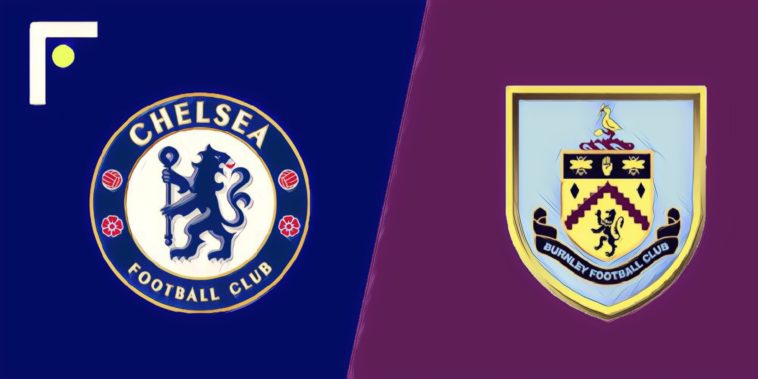 Chelsea host Burnley  in the Premier League on Monday night, looking to continue their push for a top four finish.

Last weekend’s defeat at Anfield was a huge blow to Chelsea’s top four hopes, with the club behind fourth-placed Arsenal on goal difference having played a game more.

Maurizio Sarri’s side need three points from Monday nights clash with Sean Dyche’s Burnley, ahead of a huge clash with Manchester United at Old Trafford next week.

Chelsea booked their place in the Europa League semi-finals with a 4-3 win over Slavia Prague on Thursday, sealing a 5-3 success on aggregate.

Conceding three goals to the Czech underdogs will be a concern for Sarri, who’s side will have to be more defensively sound to stop Burnley’s in-form Chris Wood.

Olivier Giroud scored in Thursday’s win, the Frenchman is the Europa League’s top scorer with 1o goals, and will be hoping for a rare league start.

Antonio Rudiger limped off at Anfield and is unlikely to feature, whilst Eden Hazard suffered a knock on Thursday but is expected to be fit.

Three consecutive wins has all but assured safety for Sean Dyche’s side, who will be relieved having suffered a poor first half to the season.

Much of their resurgence has been down to the in-form strike partnership of Chris Wood and Ashley Barnes, with the duo having both now reached double figures for the season.

Teenager Dwight McNeil’s emergence has been a bright spot for the Clarets, and the wide man will be a key contributor should Dyche’s side get a result at Stamford Bridge.

What TV channel is Chelsea v Burnley on?