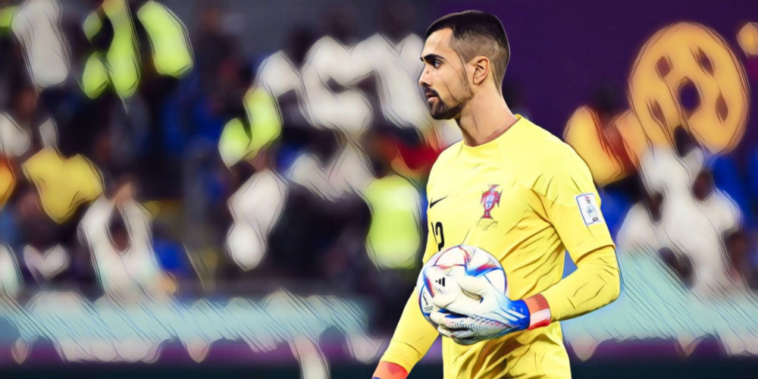 Chelsea are set to join Manchester United in the race to sign Porto goalkeeper Diogo Costa.

Costa is on the radar of Europe’s leading clubs following his impressive emergence at Porto, with the 23-year-old having shone during this season’s Champions League group stage.

He became the first goalkeeper in history to save three penalties during the group stage as Porto earned progress to the knockout rounds.

According to Spanish publication Rivelo, Chelsea have made an approach for Costa as the club consider signing a new goalkeeper. Edouard Mendy’s dip in form has seen him lose his first-choice status at Chelsea, with Kepa Arrizabalaga having taken his place in the side this season.

Costa is understood to have a release clause of €75m in his contract at Porto and Manchester United are also said to be monitoring his situation.

David de Gea is out of contract at the end of the season and no decision has yet been made on whether to extend the goalkeeper’s lucrative contract at Old Trafford. Atletico Madrid are also admirers, though a move hinges on the future of Jan Oblak.

Costa is currently with the Portugal squad at the World Cup, where he has began the tournament as first-choice goalkeeper for Fernando Santos’ side.