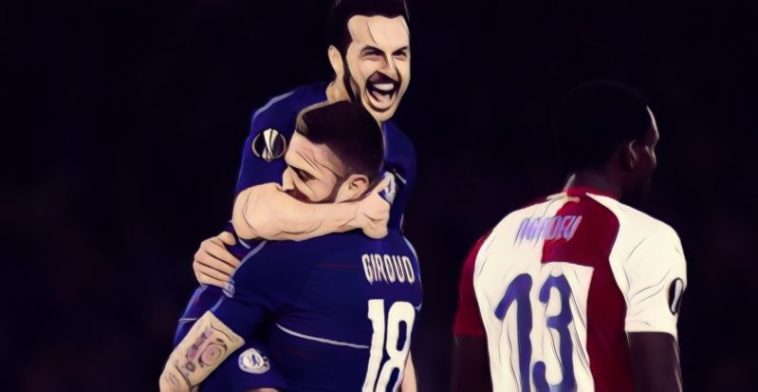 Chelsea are reportedly ‘open’ to offloading a trio of senior players in the January transfer window following the emergence of the club’s next generation of young talent.

Frank Lampard’s side have enjoyed an impressive start to the new season, the Chelsea boss having been lauded for his integration of the club’s best young talent which has seen more established stars suffer increasingly peripheral roles.

Amongst those include Olivier Giroud and Pedro, with neither player having been part of the squad for the thrilling midweek Champions League draw with Ajax at Stamford Bridge.

Both players have entered the final years of their contract at the club, and according to the Telegraph, Chelsea could now be open to receiving offers for the duo in January, particularly Giroud, who has voiced concerns over his lack of minutes as he bids to retain his place in the France squad for next summer’s European Championships.

The 33-year-old has started just once under Lampard so far this season, though he is likely to attract plenty of interest with clubs in the Premier League and France reportedly monitoring his situation.

Pedro has also fallen down the pecking order following the emergence of Callum Hudson-Odoi and the arrival of Christian Pulisic, though a decision on whether the former Barcelona star is allowed to leave is likely could depend on the club’s injury situation and the result of their appeal against their transfer ban.

The club are currently serving a two-window transfer ban for breaking the rules regarding the signing of foreign U18 players, the first of which was served during the past summer.

Chelsea have appealed against their punishment to the Court of Arbitration for Sport, with the appeal set to be heard later this month and the club hopeful their ban will be reduced or overturned, which could accelerate the departures of fringe first-team stars.

Another senior first-team player who could find themselves surplus to requirements at Stamford Bridge is Marcos Alonso, the Spanish full-back having fallen behind Emerson Palmieri in the pecking order and facing increased competition from Reece James.

Alonso was substituted during the dramatic draw with Ajax in midweek after a disappointing performance, and James’ performance at right-back with captain Cesar Azpilicueta switching to the left could persuade Lampard that the player is no longer needed ahead of the winter window.