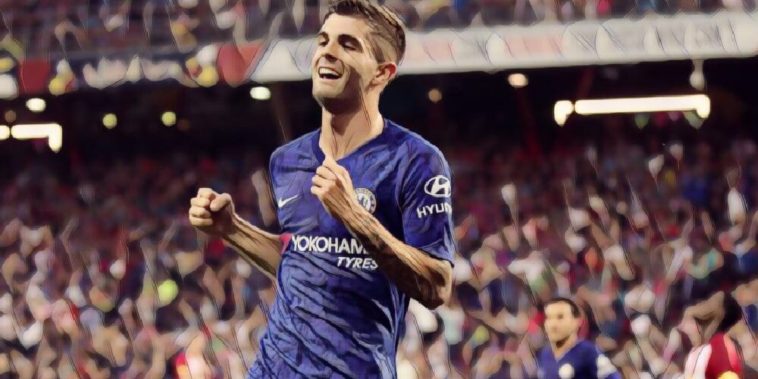 Chelsea manager Frank Lampard has already been impressed by the impact of Christian Pulisic in pre-season and believes the 20-year-old can be a ‘really big player’ for the club.

The US international signed for Chelsea in a £58m deal from Borussia Dortmund in January, remaining with the Bundesliga side for the remainder of the season before linking up with his new teammates this summer.

Pulisic scored twice in Chelsea’s thrilling 5-3 friendly victory over Red Bull Salzburg, also winning a penalty which Ross Barkley converted, and Lampard admits he has been impressed by the youngster’s quality.

“He showed his quality and I love the nature of his goals where he has an intention to run behind the line and not come short, and the finishing was good,” Lampard said in his post-match press conference, as per the official club website.

“A winger has to have the desire not just to be tidy but to be getting in behind people and then with his quality he can be a really big player for us.

“He is a big signing for us with big potential but the big question is he has to adapt to a different league, but I have seen already a really good attitude and a willingness to listen to information. He is 20 years of age so we have to remember he is young. I am happy to work with him, I want to improve him.”