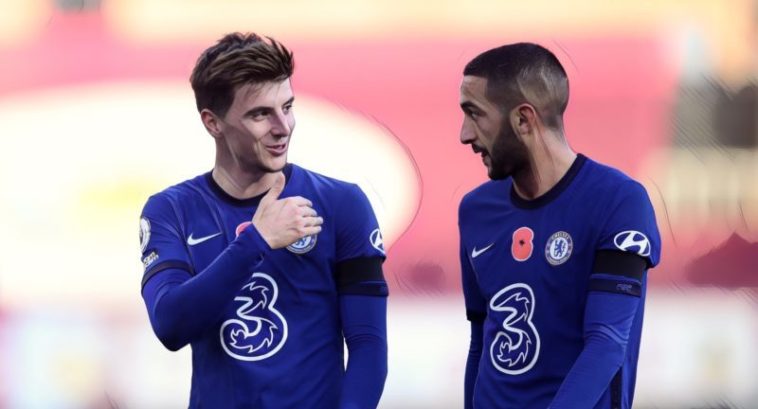 Mason Mount has lavished praise on Hakim Ziyech and has described the summer signing as ‘world-class’ after the winger marked his first Premier League start with a goal at Burnley.

Ziyech opened his account for the west London side with a goal in the midweek Champions League win at Krasnodar, before scoring his first Premier League goal as Chelsea secured a comfortable 3-0 victory at Turf Moor.

The Moroccan international arrived with a glowing reputation from Ajax during the summer but saw his start to life at Stamford Bridge delayed by an injury picked up in pre-season, his return to full fitness having been a welcome boost for Frank Lampard.

Ziyech’s first starts for the club have provided an injection of creative quality into the Chelsea forward line, and Mount has described the 27-year-old as a ‘joy to play with’ following his initial impact with the Blues.

‘We know what he can do on the ball and what he brings to the team,’ Mount told the Daily Mail.

‘He’s a world-class player, obviously coming in and scoring the other night [against Krasnodar] and scoring on his Premier League debut.

‘He’s a brilliant player. He’s a joy to play with, very clever on the ball, he brings a lot to the team. He’s a very good player.’