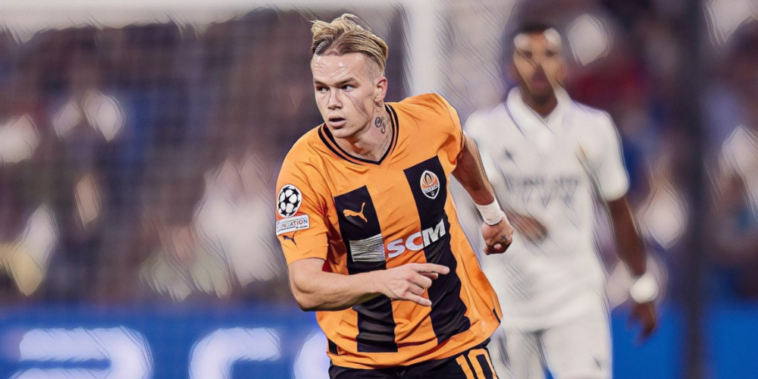 Arsenal remain in negotiations over a deal to sign the 21-year-old and have submitted a second offer worth in the region of £62m. However, that bid is understood to still fall below Shakhtar’s valuation of around £80m.

Mudryk has agreed personal terms with Arsenal and is keen on a move to the Emirates, though the Gunners could face late competition for his services from Chelsea.

According to the Sun, the Blues are preparing an offer of their own for Mudryk and Shakhtar sporting director, Darijo Srna, is set to travel to London for talks this week.

Arsenal remain confident a deal can be agreed for Mudryk, but Chelsea’s interest will be viewed as a threat as Todd Boehly continues to invest at Stamford Bridge. The west Londoners have already deals to sign Molde forward David Datro Fofana and Monaco centre-back Benoit Badiashile, while the club are continuing to pursue Benfica’s World Cup winning midfielder, Enzo Fernandez.

Mudryk has emerged as a name on the radar of Europe’s top clubs after a rapid rise at Shakhtar, which has included ten goals and eight assists in just 18 appearances across all competitions this season.

The winger excelled in the Champions League group stage despite Shakhtar’s early exit, providing five goal contributions in six games for the Ukrainian side.