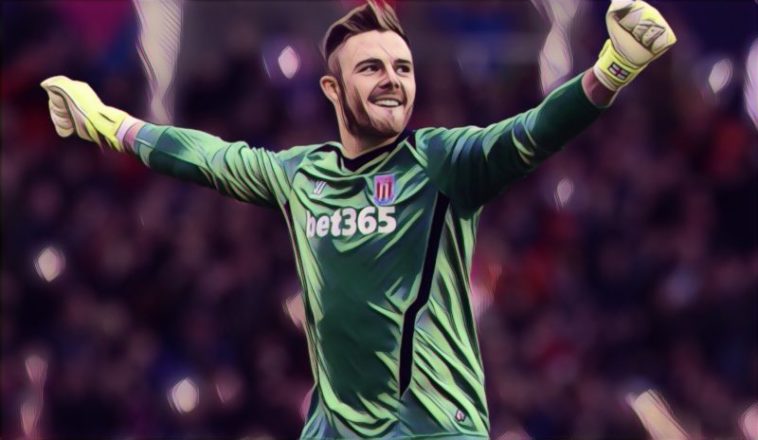 Thibaut Courtois’ future at Chelsea has been one of the big talking points of the summer, with the Belgium international having been heavily linked with a move to Real Madrid.

Courtois’ agent has publicly pleaded with the Blues to allow his client to make the move to Madrid, where he would be able to spend more time with his children, who live in the Spanish capital.

The Premier League club are thought to be willing to let him leave, providing they can find a replacement, while Maurizio Sarri said yesterday that he didn’t want to keep him at the club if he wasn’t fully motivated.

Chelsea have been linked with a whole host of goalkeepers as potential replacements, with Jordan Pickford, Kasper Schmeichel and Alisson Becker all having being linked at one time or another.

Their search has so far hit a brick wall, leaving the West London club to switch their attention to Stoke City and England ‘keeper Jack Butland, according to reports by Sky Sports.

They claim that there has already been informal contact between Chelsea and Stoke City at boardroom level, with the Potters prepared to allow Butland to leave for around £30m.

However, the Championship club want any deal to be resolved quickly, so that they have time to find a replacement of their own.