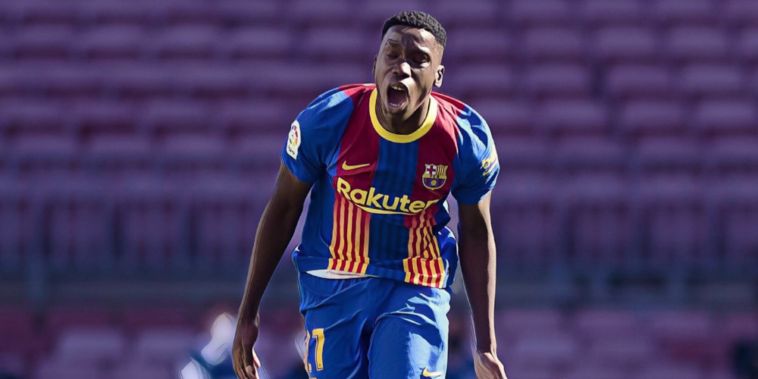 Chelsea are being linked with a ‘huge offer’ to sign unsettled Barcelona starlet Ilaix Moriba.

Moriba has entered the final season of his contract at Barcelona and has been unable to agree terms on a new deal, the midfielder and his representatives having already rejected one offer from the Spanish side.

According to Sport, there remains a ‘big gap’ between Barcelona’s offer and the player’s demands, with a host of Europe’s leading clubs monitoring the teenager’s situation.

Bayern Munich, Manchester City and Chelsea have all been linked with the 18-year-old and the latter are being speculated with being behind a ‘huge offer’ to Moriba’s team.

The contract offer could reportedly ‘double or triple’ the midfielder’s current wages given his availability on a free transfer next summer, though Barcelona will make one final attempt to convince Moriba to remain at the Camp Nou.

The Catalan side believe their offer represents fair value in the current market, given Moriba’s age and relative inexperience with the youngster having broken into Ronald Koeman’s side last season.

Moriba made 18 appearances across all competitions for Barcelona in 2020/21 and the La Liga side are prepared to make the teenager a regular member of their senior squad should he sign a new deal.