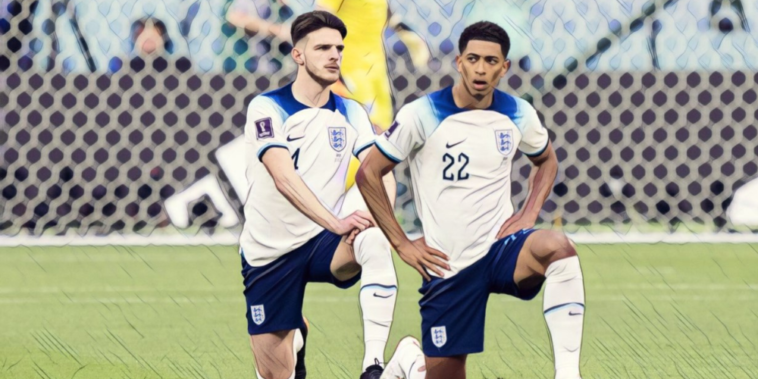 Chelsea are said to be interested in deals to sign England midfielders Declan Rice and Jude Bellingham next summer.

The west Londoners have made midfield additions the focus for next summer and are considering an audacious £280m move to land the duo, as the club look for long-term replacements for N’Golo Kante and Jorginho.

The Express are reporting that owner Todd Boehly is prepared to spend big on the Chelsea squad once again, following a record-breaking summer spend in 2022.

Rice has been a long-term target for Chelsea and came through the club’s academy set-up before leaving for West Ham as a teenager, where he has since excelled for club and country.

The Hammers are reluctant to lose their 23-year-old captain, who will have two years remaining on his contract at the London Stadium this summer.

Rice and Bellingham shone alongside Chelsea midfielder Mason Mount as England thrashed Iran 6-2 to open their World Cup campaign with a win on Monday. The latter opened the scoring with his first international goal and is set to be subject of huge interest during next summer’s window.

Real Madrid, Liverpool, Manchester United and Manchester City are all interested in the 19-year-old, who has established himself as one of the most exciting young talents in world football at Borussia Dortmund. The Bundesliga side are understood to value Bellingham in excess of £130m.