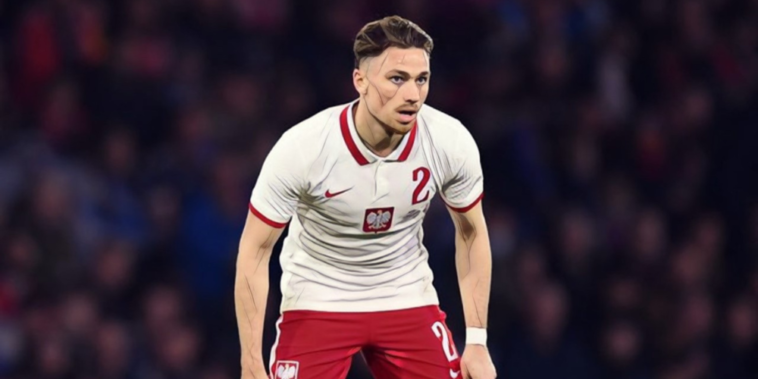 To represent your country at a World Cup is one of the greatest possible honours in football, with international football’s finest gathered in Qatar this winter.

Of those in the Middle East, a huge 137 players will turn out for nations despite being born elsewhere. Among them are a group who could have represented England, but could now compete against Gareth Southgate’s side at the World Cup.

Matty Cash has been included in Poland’s squad for the World Cup after pledging his international allegiance to the nation in 2021.

The Aston Villa defender was born in Slough and has spent his entire career playing in England’s domestic leagues, having come through the academy system at Nottingham Forest before moving to Villa Park.

Cash qualifies for Poland through his mother and after previous talks with the Polish FA finalised his change of allegiance in 2021, after being granted Polish citizenship. He made his debut in a 4-1 win against Andorra in November 2021 and has since earned seven caps, scoring once.

At 17, @mattycash622 was working at River Island after being released by Wycombe.

On Tuesday, the Slough-born defender will make his family proud when he represents Poland at the World Cup.

It only takes one moment to change everything. Never give up 🇵🇱💪 pic.twitter.com/uIYmU4HHti

Cash had been overlooked for an England call-up, with right-back among the strongest areas of depth in Gareth Southgate’s squad with the likes of Kyle Walker, Kieran Trippier, Reece James and Trent Alexander-Arnold all involved in the set-up.

He will instead form part of a Poland team who will take on Argentina, Mexico and Saudi Arabia in Group C, as the Eagles look to reach the World Cup’s knockout rounds for the first since 1986. Robert Lewandowski will be crucial to those hopes, having scored a record 76 goals in 134 appearances for the national side.

Tariq Lamptey is another right-back who decided to take an alternative path to the international stage, choosing to represent Ghana.

The Brighton defender has impressed since swapping Chelsea for the South Coast, where despite fitness issues he has shone with an explosive brand of football from wing-back.

The 22-year-old was born in London and represented England at various age groups, appearing for each team from u18 to u21 level. He initially turned down an approach from Ghana, the nation of his parents, in 2020 but has now pledged his international future to the Black Stars.

He made his debut in a friendly loss to Brazil in September and is expected to feature prominently during Ghana’s campaign in Qatar.

Brennan Johnson is among nine English-born players in Wales’ squad for Qatar and will come up against his birth country as the two teams go head-to-head in a Battle of Britain in Group B.

Johnson was born in Nottingham and has impressed since coming through the academy ranks at Nottingham Forest. He starred as Forest won promotion to the Premier League last season, scoring 19 goals to be named as the EFL Young Player of the Season.

🏴󠁧󠁢󠁷󠁬󠁳󠁿 What does representing Wales at a World Cup mean to Brennan Johnson? Pride. Home. Dream.

The 22-year-old – who represented England at u16 and u17 level – has scored twice in the Premier League this season. He has two goals in 15 caps since making his senior Wales debut in November 2020.

His father, ex-Ipswich and Forest forward David, represented Jamaica at international level after earning one cap for England B.

Giovanni Reyna is regarded as one of the United States’ best young talents, emerging as part of a talented generation of prospects.

Reyna could, however, represented England having been born in Sunderland. The 20-year-old is the son of Claudio Reyna, who spent six seasons in the Premier League with Sunderland and Manchester City.

The midfielder’s mother, Danielle Egan, was also a professional footballer and as the son of two United States internationals he was always likely to declare for the Stars and Stripes, despite the prospect of representing England, Portugal or Argentina.

Reyna, who is closing in on a century of appearances for Borussia Dortmund, has scored four goals in 14 caps for the United States. He is another who will face his birth country in Qatar, as England take on the USA on November 25.

Ike Ugbo is another name who has represented England at youth level before declaring for another international side who will compete in Qatar.

Ugbo earned 20 caps for England’s u15 an u20 sides, but has struggled to make an impact at senior level in English football. He came through the academy system at Chelsea, but failed to make an appearance for the west Londoners.

After loans at the likes of Barnsley, MK Dons, Roda JC and Cercle Brugge, he joined Genk on a permanent deal in 2021. Ugbo was eligible to represent England (birth), Canada (youth residency), and Nigeria (parents) and initially opted for the latter in September 2021.

However, he instead switched from the Super Eagles to Canada two months later and has since earned eight caps. Canada will compete at the World Cup for the first time since 1986 in Qatar, under the management of English coach John Herdman, Herdman’s side take on Belgium, Croatia and Morocco in a tough group.