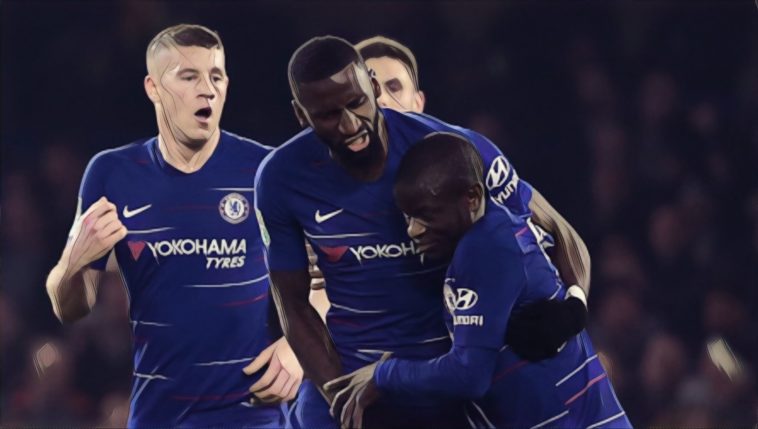 Frank Lampard has provided an injury update on his Chelsea squad with the club set to be missing a quintet of first-team stars for this weekend’s trip to Burnley.

Chelsea travel to Turf Moor to face Sean Dyche’s side looking to continue their impressive recent form, with the club having won six successive fixtures in all competition’s following their midweek Champions League victory over Ajax.

Blues boss Lampard has revealed his side will once again be without defensive duo Antonio Rudiger and Andreas Christensen, whilst N’Golo Kante is not yet fit to return following a groin injury.

Ross Barkley will also miss the clash, having suffered an ankle injury in last weekend’s win over Newcastle that saw him miss the midweek trip to Amsterdam.

Fellow midfielder Ruben Loftus-Cheek also remains a long-term absentee, as he continues his rehabilitation from an Achilles injury.

“Loftus-Cheek is well out, Rudiger and N’Golo are not ready for the weekend,” manager Frank Lampard said.

“Christensen and Barkley are both out as well.”

On Kante, Lampard admits he will take a cautious approach with the World Cup winner, with the France international unable to string together a run of games in the opening weeks of the new campaign.

“I just want him fit,” added Lampard. “He might be suffering from the big injury at the end of last season. There is no time frame.”