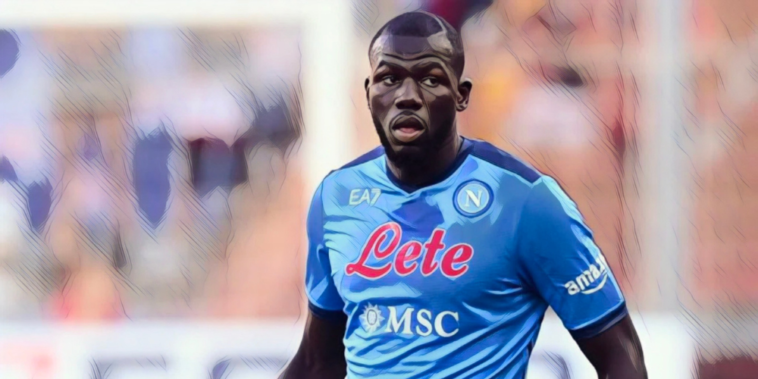 Chelsea are in talks with Napoli over a deal to sign Kalidou Koulibaly.

Thomas Tuchel is targeting additions at centre-back following the departures of Antonio Rudiger and Andreas Christensen this summer and the west Londoners have began negotiations with Napoli over a deal for Koulibaly.

The Senegal international is keen to leave Napoli in search of a new challenge, having been regularly linked with a big-money move away from the Diego Armando Maradona Stadium across his eight seasons in Naples.

The 31-year-old has just one year remaining on his contract with the Italian side, whose preference would be to sell the defender to a foreign club amid interest from Juventus.

Sky Sports are reporting that Chelsea have began talks with Napoli over a deal for the club captain, who also led Senegal to success at the Africa Cup of Nations in January. He is believed to be valued in the region of €40m.

Chelsea are also considering approaches for Jules Kounde of Sevilla, RB Leipzig youngster Josko Gvardiol and Paris Saint-Germain’s Presnel Kimpembe, whilst the Blues are working on a deal to bring Nathan Ake back to the club from Manchester City.

Ake could follow Raheem Sterling from the Etihad to Stamford Bridge, with Chelsea edging closer to the completion of a £47.5m deal for the England winger.