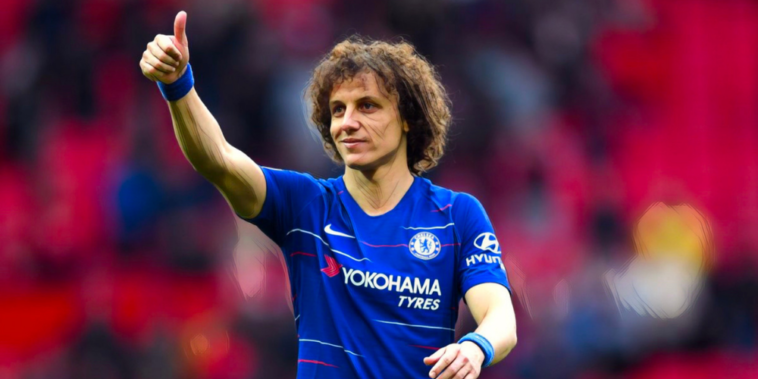 Chelsea are understood to be in advanced talks to sign Nathan Ake from Manchester City, as the west Londoners look to bring the defender back to the club.

Ake began his senior career at Chelsea but made just 17 first-team appearances in all competitions, before developing into a reliable Premier League performer across spells with Bournemouth and Manchester City.

The Dutch international has won back-to-back league titles with the latter, but is closing in on a return to Chelsea as he seeks more regular minutes next season.

Ake will not be the first player to have returned for a second spell at Stamford Bridge however, here are five players who returned to Chelsea for second spells in the Premier League era.

Graeme Le Saux began his Premier League career at Chelsea, making 120 appearances in all competitions after progressing from the club’s ranks.

The left-back’s time with the club came to a controversial end however, when Le Saux threw his shirt to the ground in anger after being substituted during a clash with Southampton in 1993.

Le Saux was sold to Blackburn in a £700,000 deal and enjoyed huge success at Ewood Park, winning the Premier League title during the 1994/95 campaign, a season in which he was included in the PFA Team of the Year.

After four seasons with Rovers he became the most expensive defender in English football when he returned to Chelsea in a £5 million deal.

Le Saux spent six further seasons with the west Londoners and won four trophies, including a League Cup and UEFA Cup Winners’ Cup double in 1997/98, earning a second inclusion in the Premier League’s Team of the Year.

He moved on in 2003 as Roman Abramovich’s arrival brought in huge investment, signing for Southampton where he spent two seasons at the club before retirement.

Chelsea secured the signing of Nemanja Matic from Košice in 2009, though the young midfielder struggled for opportunities and made just two league appearances.

Matic was used as a makeweight in a deal that brought David Luiz to the club from Benfica, with the Serbia international impressing across three seasons in Portugal.

Matic formed part of the team that reached the 2012/13 Europa League final against Chelsea, before winning the Primeira Liga the following season.

Impressed with his development, Chelsea re-signed Matic in £21m deal just three seasons after allowing the midfielder to leave for a fraction of that fee.

Matic’s second spell proved a huge success as he established himself as one of the Premier League’s most influential defensive midfielders, winning two league titles in three-and-a-half seasons at Stamford Bridge. He departed in 2017, signing for Manchester United in a £40m deal.

Didier Drogba staked his claim as Chelsea’s greatest ever footballer during a first spell with the Blues, proving a talismanic figure during the most successful era in the club’s history.

A marquee arrival from Marseille, the Ivorian became the focal point of a Chelsea side that won back-to-back Premier League titles under Jose Mourinho.

At his best Drogba was among the finest forwards in world football, while his record in the biggest fixtures – scoring nine goals in 10 cup finals – cemented his legend at Chelsea.

🙌 Back in @ChelseaFC blue 🔵

He returned for a second single season spell with Chelsea during the 2014/15 campaign, providing an experienced option at centre-forward during Jose Mourinho’s own second stint at the club.

Drogba scored seven goals in all competitions, taking his total to 164 for Chelsea, and added a fourth Premier League title to his list of accolades.

David Luiz became a popular figure across three seasons at Chelsea, with the Blues’ fans appreciating his extravagant – if often a little erratic – manner of defending.

Having arrived from Benfica, he won the Champions League, FA Cup and Europa League, before making a £50m move to Paris Saint-Germain.

The Brazil international won back-to-back league titles with the French side, before returning to Chelsea in a £34m deal.

Luiz’s second spell saw him become a key figure in the club’s 2016/17 Premier League title success, starring in the centre of a back three for Antonio Conte’s side.

He was named in the PFA Team of the Year and also added the FA Cup and Europa League to his medal collection during his second spell at Stamford Bridge.

Romelu Lukaku’s unhappy second spell at Chelsea came to an end this summer, with the forward returning to Inter Milan on loan.

Lukaku joined the west Londoners as a teenager but failed to make a breakthrough, before excelling during a spell at Everton.

Big-money moves to Manchester United and Inter Milan followed, with his performances for the latter persuading Chelsea to break their transfer record last summer.

COMPARED: Cristiano Ronaldo and Romelu Lukaku both returned to their former clubs in 2021/22:

Lukaku scored 64 goals in 95 appearances for the Italian side, but struggled upon his Premier League return. The Belgium international proved an awkward fit for Thomas Tuchel’s side, scoring just eight league goals.

An ill-advised interview with Italian media, in which he criticised the club, did little to improve his popularity with few sad to see the striker leave this summer.