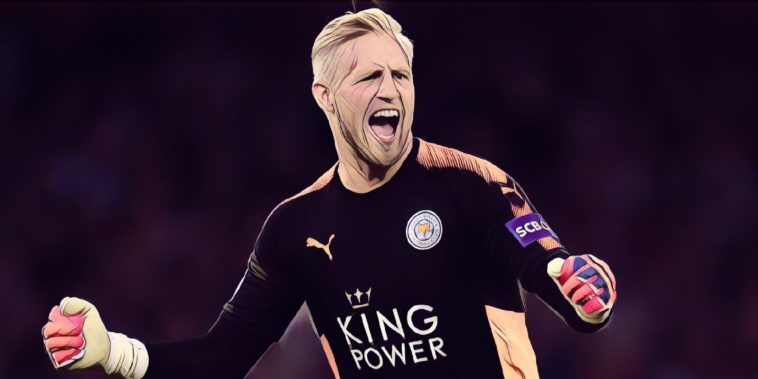 The Chelsea ‘keeper has been stalling on a new contract which has been on the table for a number of months, and with his current deal having just one year remaining, the Blues are thought to be ready to cash in.

While here have been tentative links regarding a move to Liverpool in recent weeks, Courtois has hinted that he could be be about to join Real Madrid, citing the fact he wants to be nearer to his children who still live in the Spanish capital.

Chelsea have been linked with a number of goalkeepers as potential replacements for the Belgian number one, including Roma’s Alisson Becker and Stoke’s Jack Butland.

However, Sky Sports claim that Chelsea and Roma are considering a move for Leicester ‘keeper Kasper Schmeichel.

Schmeichel, who is of course the son of Manchester United legend Peter Schmeichel, was an integral part of Leicester’s famous Premier League title win in the 2015/16.

He has been linked with a move away from the King Power stadium on a number of occasions in the past but has rejected the opportunity to leave the Foxes.

He was in inspired form on Sunday evening, saving an impressive three penalties for Denmark, one in extra time and two in the resulting shootout. However his efforts were not rewarded as the Scandinavian side exited the World Cup 3-2 on penalties at the hands of Croatia.