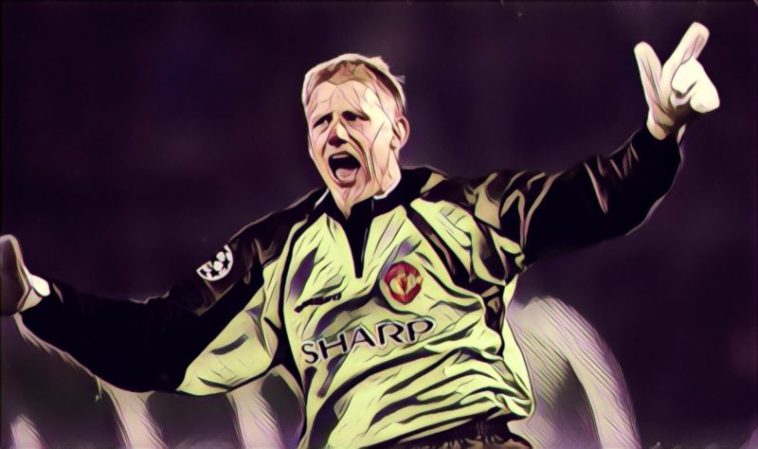 Peter Schmeichel is widely considered to be the greatest goalkeeper in Premier League history. The Danish stopper not only excelled in every area a ‘keeper can be judged, he was also the type of character that drove his team-mates onto success.

Schmeichel was one of the key men in Sir Alex Ferguson’s Manchester United team that dominated English football throughout the nineties, as well as being one of the stars in the Denmark team that caused one of football’s biggest upsets of all time by winning the European Championship in 1992.

Here are a collection of quotes about the Great Dane that show just how highly his peers rated him.

Here’s what they said about Peter Schmeichel:

“He had everything. And he wanted to win. Every time.” Michael Laudrup.

“Goalkeepers win you games sometimes, and Peter Schmeichel won more games than any other goalkeeper I’ve ever seen.” Ryan Giggs.

“Simply one of the greatest goalkeepers of all time. [ . . . ] There are goalkeepers with presence who aren’t much good, but Schmeichel had both presence and raw ability. He was a great shot-stopper and a fine taker of crosses, he read the game superbly, he commanded his box. There hasn’t been a better player in the Premiership.” John Barnes.

“The best ever. Peter’s charisma and character could change the game. His spirit spread to the rest of the team. Strong in the air, great reflexes and brilliant in one-on-ones. A true winner.” Brian Laudrup.

“An enormous presence in goal. Intimidated strikers with his size and ability. The best I goalkeeper I played against in England.” Emmanuel Petit.

“He’s the best goalkeeper the Premier League has ever seen because of what he did at Manchester United, the amount of points he saved them. He – and Eric Cantona – were a massive part of what they did when they first won the Premier League and in the years after.” Matt Le Tissier.

“I’ve been fortunate enough to play in front of great goalkeepers, but the one who had the most influence on me in my formative years at Man City was Schmeichel. He was a huge, huge influence around the dressing room. I remember being on the training ground and he wouldn’t let there be any balls in the back of the net. He was OCD about it. He would get really irate and frustrated because he said he wouldn’t have any balls in there on a Saturday so he won’t have any in there during the week.” Joey Barton.

“Awesome. He’s one of those players you didn’t like facing, but loved having in your team. Peter just fills the goal. Thinking back to my first year at Man United, when I struggled, maybe I should have trained against the reserve keepers instead. It’s so hard to score against him, psychologically it might have boosted my confidence to get away from him for a while!” Teddy Sheringham.

“Of all the keepers I have played against, Peter was easily the best. Petr Cech is one of the best now, but Schmeichel was an all-round great. You can’t be a great by just being a good shot stopper, you have to have it all – and he did.” Micheal Owen.

“I don’t believe a better goalkeeper played the game. He is a giant figure in the history of Manchester United.” Sir Alex Ferguson.

Five of the best goalkeepers in Premier League history