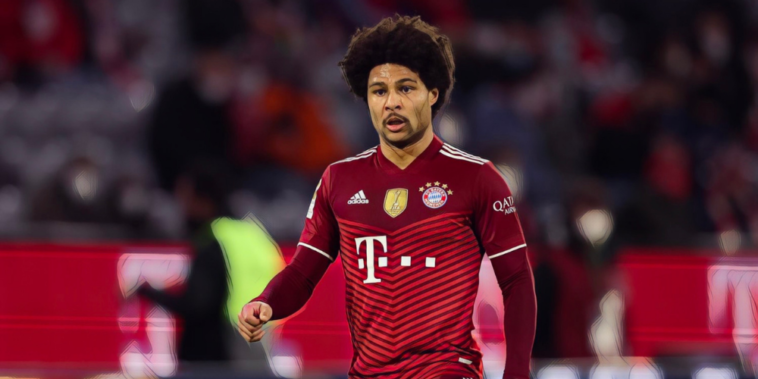 Chelsea are considering a move to sign Serge Gnabry from Bayern Munich as the club assess alternatives to Raphinha.

Thomas Tuchel wants to add to his forward line this summer and Chelsea have agreed a fee with Leeds to sign Raphinha, though an improved offer from Barcelona has made the Spanish side favourites for his signature.

According to the Telegraph, Gnabry is viewed as a potential alternative and has just one year remaining on his contract with the Bundesliga champions. The 26-year-old joined Arsenal as a teenager but made just 18 appearances in all competitions, in addition to an unsuccessful loan spell at West Brom, before returning to Germany.

The winger has made 171 appearances in all competitions for Bayern, scoring 63 goals, and has won four league titles and the Champions League during his time at the Allianz Arena.

Gnabry – who is valued at around £34m – has also scored 20 goals in 34 caps for Germany and could join Raheem Sterling in a new-look frontline at Stamford Bridge.

The German could replace Hakim Ziyech, with Chelsea in talks with AC Milan over a loan deal with an obligation to buy for the Moroccan winger. The 29-year-old is open to leaving west London this summer after making just 14 league starts last season.