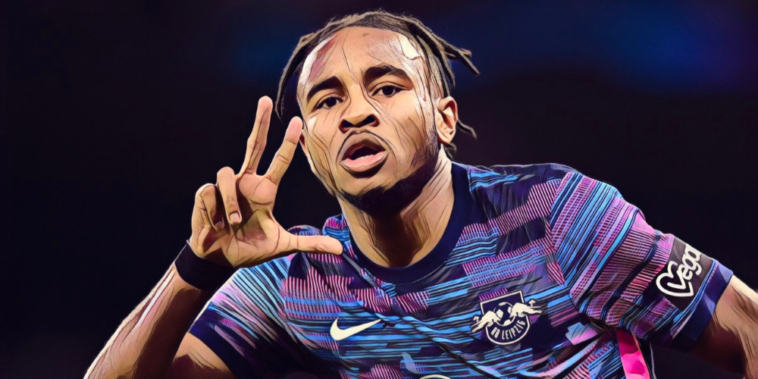 Chelsea are aiming to finalise a deal to sign RB Leipzig forward Christopher Nkunku before the start of the World Cup next month.

Chelsea are in talks over a deal to sign Nkunku ahead of next season, with the west Londoners willing to pay an excess on the forward’s release clause in order to secure his signing.

Nkunku is understood to have undergone a medical with Chelsea during last summer’s transfer window, ahead of a proposed move to the Premier League in 2023.

The Metro are reporting that Chelsea are now finalising the transfer and the deal could be announced before the start of the World Cup in November. Nkunku – who is expected to be named in the France squad for Qatar – will sign a five-year deal at Stamford Bridge.

The 24-year-old has been on the radar of Europe’s top clubs after a brilliant 2021/22 campaign with Leipzig, in which he was named as the Bundesliga’s Player of the Season.

Nkunku scored 35 goals and provided 20 assists in all competitions for Leipzig last season, including a Champions League hat-trick at Manchester City. He has began the new season in similar form, with seven goals in nine Bundesliga outings.

Chelsea are also understood to retain an interest in Leipzig teammate Josko Gvardiol, having failed with an €80m (£69.2m) move for the defender during the latter stages of the summer window.