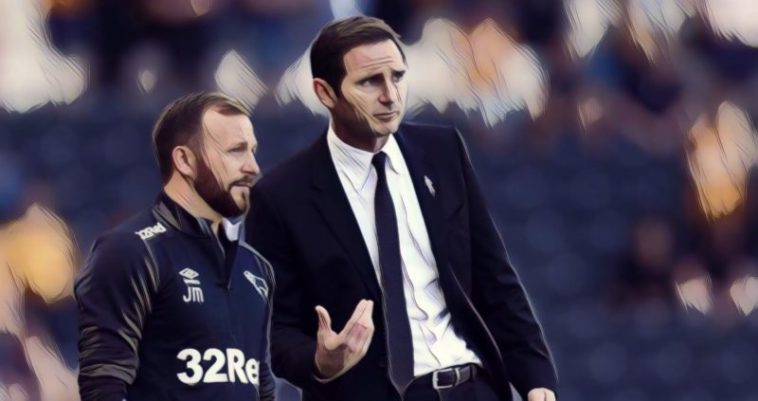 Jody Morris has opened up on his ‘close’ relationship with Frank Lampard, saying it ‘feels amazing’ to be working alongside the Chelsea boss at Stamford Bridge.

Lampard returned to Chelsea as Maurizio Sarri’s successor as manager following a successful debut season in management at Derby, bringing former Blues teammate Morris to work alongside him as his assistant.

The duo formed a close friendship during their time together at Stamford Bridge as players, with the pair guiding Derby to the Championship play-off final last season as they ventured into first-team management.

Morris has opened up on his relationship with Lampard and praised the former England international’s impact at Derby, saying the pair are now ‘looking forward’ to achieving success together at Chelsea.

‘When Lamps, or the gaffer as I should say, signed for Chelsea originally we became really good mates,’ Morris told chelseafc.com.

‘I roomed with him on his first pre-season trip and we’ve remained close ever since.

‘We always spoke about working together if he went into management and we really enjoyed last season at Derby. Now we are here at Chelsea and it feels amazing.

‘I’ve seen first-hand how Frank can galvanise a place, he brought the fans and the club together at Derby, and the way the place was united throughout the club was largely down to how Frank went about his way as a manager.

‘It was a joy to watch and I’m looking forward to working with the players we have here at Chelsea, some really talented guys and a lot of exciting young players too. It feels amazing to be back here now.’