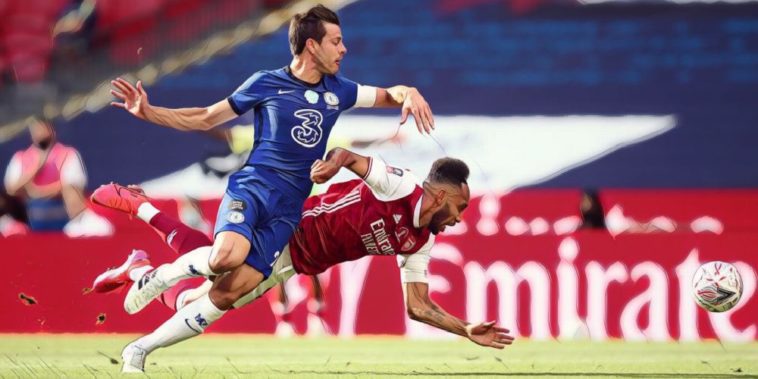 Cesar Azplicueta says Chelsea are aware of Arsenal’s ‘qualities’ despite their struggles this season ahead of a huge meeting between the London rivals on Boxing Day.

Chelsea make the short trip to the Emirates this weekend to face an Arsenal side who have endured their worst-ever start to a Premier League season, sitting just four points above the relegation places after losing eight of their opening 14 fixtures.

Mikel Arteta’s side’s wretched recent record continued in midweek with a humbling Carabao Cup exit to Manchester City, extending their run without a victory in domestic competition to eight games.

Chelsea will head into the clash in confident mood following a 3-0 victory over West Ham on Monday night, though club captain Azpilicueta says his side are well aware of the threat posed by the out-of-sorts Gunners.

The Spaniard formed part of the side beaten by Arsenal in last season’s FA Cup final and admits this weekend’s opponents have ‘dangerous players’ despite their poor form at present.

“We were obviously disappointed with that result but now we’re four months later, it’s a different competition and a new game,” Azpilicueta told the official Chelsea website.

“They are not in their best form but we know their qualities and that they have dangerous players so we have to cope with that.

“We respect them and we know it’s going to be tough but we need points so hopefully we can go there and play our game. We have the confidence and belief to do that and obviously we will try to get the points.”

Read Also – The item at the top of each Premier League managers Xmas wish list: Part one