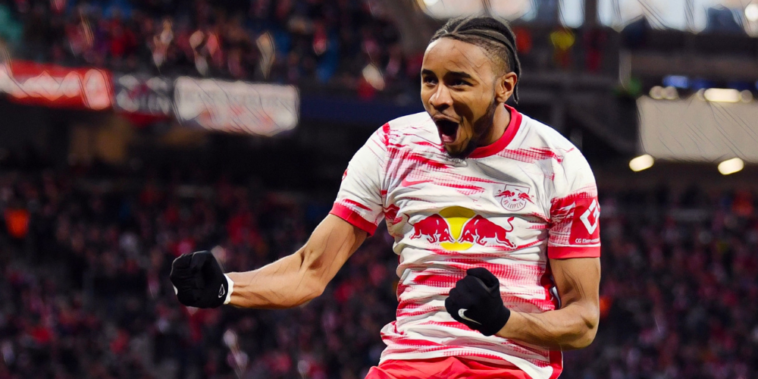 Chelsea and Manchester United are interested in signing RB Leipzig forward Christopher Nkunku, according to reports in Germany.

Nkunku has emerged as an in-demand talent this summer after a brilliant season for Leipzig, with the 24-year-old having scored 20 goals and provided 13 assists in just 33 league appearances for the Bundesliga side.

Sky Germany are reporting that both Chelsea and Manchester United are keen to bring the Frenchman to the Premier League this summer, though Leipzig are reluctant to allow the star to leave this summer and are working on a contract extension.

Nkunku – who was handed his international debut for France during March’s international break – has no release clause in his contract at the Red Bull Arena.

Nkunku signed for Leipzig from Paris Saint-Germain in 2019 and has made 134 appearances across his three seasons with the club, though has seen his output explode this term after moving to a more advanced role.

The versatile forward has scored 34 goals in all competitions in 2021/22 and netted a Champions League hat-trick during Leipzig’s 6-3 group stage loss to Manchester City in September.