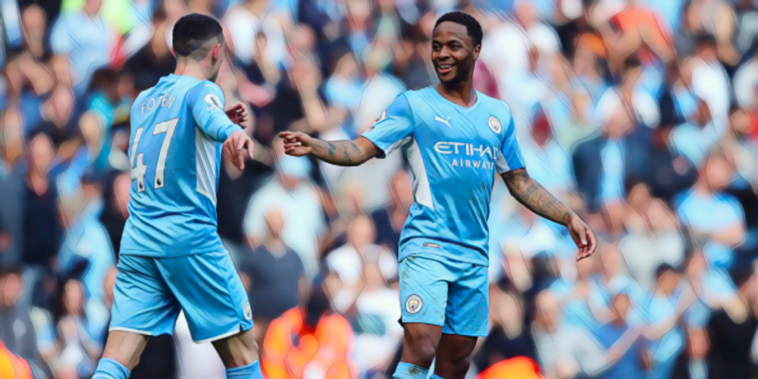 Arsenal on edge of ending absence from Europe’s elite

It’s been a long time since a packed Emirates heard the unique sound of the Champions League anthem, but the Gunners are within touching distance of a return to Europe’s elite for the first time since 2016/17.

Arsenal’s 2-1 win over Leeds – coupled with Tottenham’s draw at Liverpool – means the Gunners can secure Champions League qualification with a win over their North London rivals on Thursday evening.

In a season that began in disaster it has been a marked improvement from Arsenal and Mikel Arteta’s rebuilding of the team with a hungry core could be vindicated in a matter of days.

There remains work to be done, but qualification for the Champions League would represent a huge boost to the club’s hopes of further improvement and attracting top talent to the capital this summer.

Securing Champions League football will represent a giant leap forward after the mediocrity of recent seasons.

Jarrod Bowen’s hopes of a maiden England call suffered a setback with an injury before March’s international break, but the West Ham winger has since returned to form ahead of the summer internationals.

Bowen has been among the most consistent performers in the Premier League this season and reached 10 assists for the campaign with two against Norwich this weekend, becoming just the second player – after Mohamed Salah – to reach 10+ for both goals and assists in the division.

The 25-year-old trails only Harry Kane for goal involvements (21) among all English players with 20 in the league alone and deserves his chance to stake a claim for the World Cup squad ahead of the UEFA Nations League campaign with begins next month.

Bowen is one of just seven players across Europe’s major leagues to reach double figures for goals and assists in 2021/22, a list of names that includes the likes of Salah, Karim Benzema and Kylian Mbappe.

It’s an indication of the form he has shown during the current campaign and whilst competition for a place in the Three Lions’ attacking ranks is fierce, Gareth Southgate – who has so often spoken about inclusion on merit over reputation – can find little reason to overlook the Hammers favourite.

It was impossible to ignore the pre-game talk surrounding Manchester City’s exit from the Champions League and the suggestion of a potential hangover as the league leaders returned to Premier League action to face Newcastle.

Dropped points for Liverpool the previous evening will only have increased the focus of Pep Guardiola’s side, who thrashed the Magpies to move into pole position to retain the title.

The gap is now three points from the second-placed Reds and their 5-0 win at the Etihad markedly improved the goal difference figures in their favour, with Pep Guardiola’s side now three wins away from sealing a fourth Premier League crown in five seasons.

Kevin De Bruyne orchestrated a magnificent performance from the champions who showed their mental strength to blow Newcastle away, whilst the likes of Raheem Sterling and Ilkay Gundogan were in fine form on a pleasing afternoon for the leaders.

Detractors will argue against the legacy of this side as long as Europe remains elusive, but there’s little doubt this team are writing domestic greatness and are now within touching distance of another title triumph.

Brighton’s positive end to the season has raised optimism ahead of next season, with the common narrative that Graham Potter’s side could reach new levels with the addition of a prolific forward.

One issue to their upward momentum appears to be the future of Yves Bissouma however, who will enter the final 12 months of his deal this summer and has caught the eye of Premier League rivals.

The departure of the Mali international would be a blow to Brighton, but in Moises Caicedo the club appear to have unearthed another midfield gem.

The 20-year-old was only handed his Premier League debut last month but has excelled in recent weeks and was outstanding in the 4-0 win over Manchester United this weekend.

Composed in possession and showing a maturity that defies his inexperience, Brighton acted decisively to secure his signing in a £4.5m deal and United – the club the midfielder supports and alleged suitors – were no doubt watching this performance with a sense of regret.

With Enock Mwepu also likely to improve with a season of Premier League adaptation behind him, Brighton’s savvy recruitment team are set up for continued progress even if, as expected, Bissouma leaves for a new challenge this summer.

Thomas Tuchel was full of praise for Romelu Lukaku after his brace against Wolves this weekend, with the £97.5m forward producing the sort of performance that had been expected following his record arrival last summer.

The Belgium international has struggled during a difficult debut campaign at Stamford Bridge, but his double this weekend moves him to 14 goals in all competitions – a leading total at Chelsea in 2021/22.

Having struggled to find his role this was more like the Lukaku of old, a powerhouse performance with a clinical touch to match, with his second goal in particular one that has been familiar with the 29-year-old in recent seasons.

“Today he delivered,” Tuchel said on his performance. “Every striker is a very sensitive player. I don’t know any other strikers who have their confidence if they are on a streak where they don’t have to role that they wish for and it’s the same for Romelu.

“So you see it immediately, it arrived. The second one was straight away easier because he had his goal and he fought hard for his goal. It’s like this, they are sensitive because they are decisive and that’s why it is super important.”

Having been written off already as an expensive misfit, could this performance be the start of the striker salvaging his career in West London.