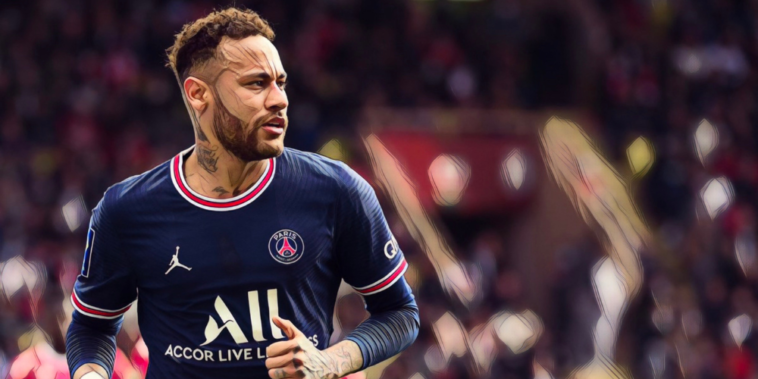 Chelsea and Manchester United have been named as potential destinations for Neymar as the forward considers leaving Paris Saint-Germain.

Neymar reportedly ‘did not like’ comments made by PSG president Nasser Al-Khelaifi last week, who suggested he was willing to allow big name ‘bling bling’ players to leave as the club look to move in a new direction.

“Dreams are one thing, reality is another. Perhaps we should change our slogan… dream bigger is good, but today we must be realistic, we don’t want flashy, bling-bling anymore, it’s the end of the glitter,” he told Le Parisien.

“We want players who love the club, who love to fight, who love to win. And we want this mentality to spread throughout the club.”

Asked specifically about Neymar, Al-Khelaifi added: “What I can tell you is that we expect all the players to do much more than they did last season. Much more!

“They all have to be at 100 per cent. Obviously, we weren’t good enough to go far. For next season, the objective is clear: work every day at 200%. Give everything we have for this shirt, give the maximum and we’ll see the result. We must become humble again. We have to change to avoid injuries, suspensions and fouls that turn a match upside down.

“We have to stop saying: ‘We want to win this and that and that’. We build. You have to be disciplined, on and off the pitch. Anyone who wants to stay in their comfort zone, who doesn’t want to fight, will stay on the sidelines.

Neymar in the Premier League would be all types of entertaining 🏴󠁧󠁢󠁥󠁮󠁧󠁿 pic.twitter.com/5AC7Pr9Rwx

“And we have to create a real team, find a real collective spirit. That will be the mission of the new coach. We want players who are proud to represent PSG and ready to fight every day.”

RMC Sport are reporting that Neymar was not happy with those comments and that he is now considering his future at the Parc des Princes, with the article naming Chelsea and Manchester United among the few clubs capable of signing Neymar this summer.

It says that United could be a potential replacement for Cristiano Ronaldo, with the Portugal captain understood to be frustrated with the club’s lack of transfer activity this summer.

However, United have apparently told Ronaldo he won’t leaving this summer and the 37-year-old remains a part of Erik ten Hag’s plans for the coming campaign.

He scored 24 goals in all competitions last season after returning to the Red Devils, finishing as the third-highest goalscorer for the Champions League.

Chelsea would appear a more realistic destination given the impending exit of Romelu Lukaku, who is set to re-join Inter Milan on loan after a disappointing debut season in west London.

Neymar also previously worked alongside Thomas Tuchel at PSG and could be tempted by a reunion with his former manager in the Premier League.

The report also mentions newly rich Newcastle, though says the forward will not move ahead of this winter’s World Cup.

The article does however say that a departure is ‘difficult’ given the finances involved, with the Brazilian set to trigger a clause in his deal on July 1st that will see him contracted to the club until June 2027.

Neymar signed for PSG in a £198m world-record deal from Barcelona in 2017 and has since scored 100 goals in 144 appearances for the Ligue 1 side, winning four league titles.