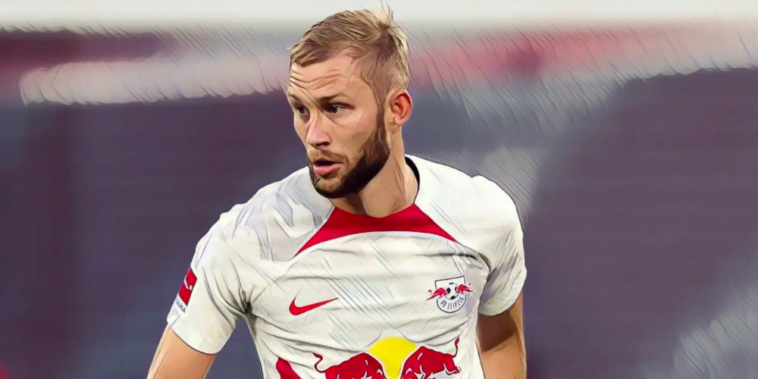 Chelsea and Liverpool are set to miss out on the signing of Konrad Laimer from RB Leipzig, with the midfielder preferring a move to Bayern Munich.

Laimer has been linked with a move to the Premier League as he approaches the end of his contract with the Bundesliga side, but is reportedly set to turn down interest from England in favour of a move to Munich.

Bayern expressed an interest in signing the Austria international last summer and will renew their efforts to sign Laimer as a free agent.

The 25-year-old has struggled with fitness issues during the current campaign, but is an attractive option for sides on a free transfer next summer.

Liverpool had been linked as Jurgen Klopp looks to overhaul his midfield, while Bild are reporting that Laimer has turned down an approach from Chelsea with the midfielder set on a move to Bayern next summer.

Laimer has made 167 appearances for Leipzig and the club had hoped he would depart for a foreign club should he not sign a new contract.

However, Leipzig now face the prospect of the Austrian joining a direct rival on a free transfer in 2023.