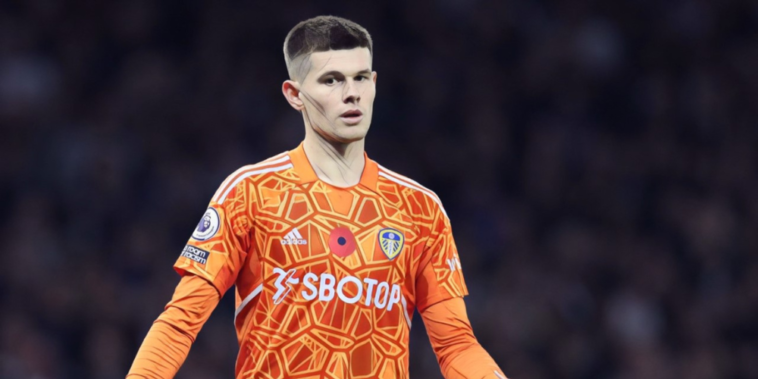 Chelsea and Bayern Munich are among the clubs considering a move to sign Leeds goalkeeper Illan Meslier.

Meslier is viewed as one of the most promising young goalkeepers in Europe and has already racked up 105 senior appearances for Leeds, holding the club’s first-choice status since the club’s return to the Premier League.

The 22-year-old has attracted interest from leading clubs for his performances this season, which include a Premier League season-high of nine saves during Leeds’ win at Liverpool in October.

RMC Sport are reporting that Bayern Munich are considering an approach for Meslier this month, as the Bundesliga champions look to cover the loss of Manuel Neuer. The German veteran has been ruled out for the remainder of the season after suffering a broken leg in a skiing accident.

Chelsea are also tracking Meslier as the club continue to invest in players rich with potential, having signed several prospects across the past two transfer windows. The Blues have agreed deals for David Datro Fofana and Benoit Badiashile this month and are continuing to pursue a deal for Benfica midfielder Enzo Fernandez.

Each of those players are aged 21 or under and follow the likes of Wesley Fofana, Carney Chukwuemeka and Gabriel Slonina in moving to Stamford Bridge.

Newcastle are also keen on the Frenchman, but Leeds are reluctant to lose Meslier during the January transfer window.