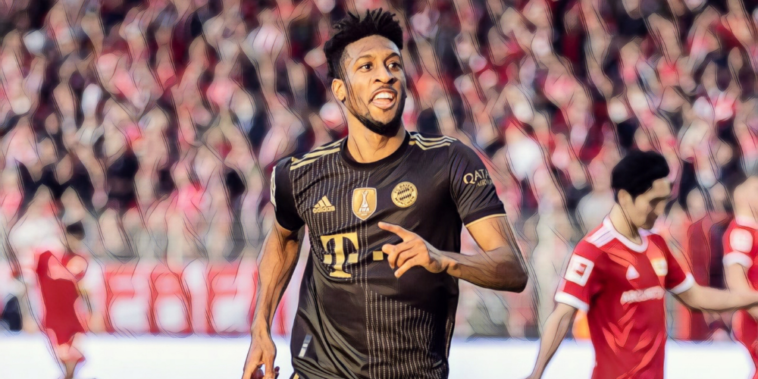 Chelsea and Barcelona are amongst the clubs monitoring Kingsley Coman’s contract situation at Bayern Munich.

Coman’s current deal with the Bundesliga champions expires in 2023 and there has so far been no breakthrough in negotiations over an extension, with Bayern unwilling to match the winger’s demands to double his current salary.

The France international has been a central figure in Bayern’s recent success – scoring the winning goal as Paris Saint-Germain were beaten in 2020 Champions League final – but faces an uncertain future at the Allianz Arena amid his contract stand-off, with Bild reporting several sides are monitoring the situation.

Chelsea and Barcelona have been named as potential suitors of the 25-year-old, amid reports that Coman’s representatives are considering allowing his contract to run down in order to secure a free transfer exit and sizeable signing on fee.

Sporting director Hasan Salihamidzic is now under ‘pressure’ to find a solution to Coman’s situation, with Bayern keen to avoid a repeat of David Alaba’s situation, the defender signing for Real Madrid on a free transfer last summer after his contract demands were not met in Munich.

Given the financial impact of the pandemic, Bayern will not want to lose another valuable asset for nothing and should Coman’s representatives fail to compromise on their terms a sale could materialise.

Barcelona’s concerning financial situation could hand Chelsea an advantage over the Catalan’s, though Thomas Tuchel does already have an abundance of attacking talent at his disposal and would likely want to offload players before bringing in another.