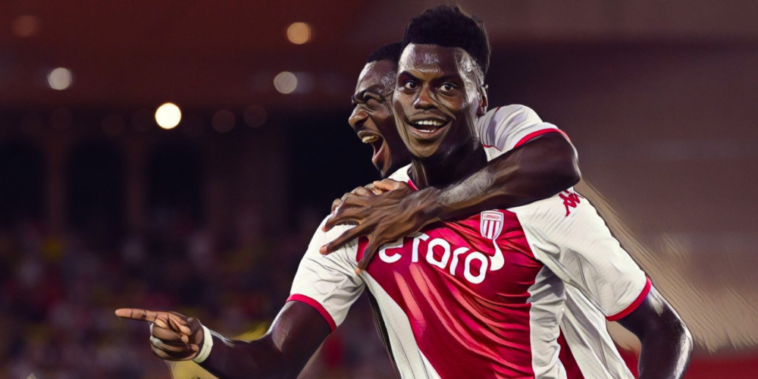 Chelsea are in ‘advanced talks’ to sign Monaco defender Benoit Badiashile for a fee in the region of €35m.

Graham Potter is set to be handed with funds to strengthen his squad next month and the west Londoners are in discussions over a deal to bring Badiashile to Stamford Bridge.

The 21-year-old has impressed since progressing from the academy ranks at Monaco, for who he has made 135 appearances in all competitions since his debut as a teenager.

His performances this season saw Badiashile earn a first senior call-up to the France squad and he made his debut for the national side during September’s UEFA Nations League fixtures.

Fabrizio Romano is reporting that Chelsea’s talks with Monaco are at an ‘advanced’ stage as Potter looks to improve his central defensive options.

Chelsea are in advanced talks to sign Benoît Badiashile from AS Monaco as new centre back. Official proposal has been submitted — negotiations now in progress 🚨🔵 #CFC

Fee discussed around €35/40m with hope to get it done soon. First call, @David_Ornstein. Talks will continue. pic.twitter.com/Yrwjj1HqvM

Chelsea are expected to be active in the winter window and have already agreed a deal to sign David Datro Fofana from Molde.

Romano reported last week that the Blues had agreed a €12m fee for the Ivorian forward, while the club are also closing in on Vasco de Gama teenager Andrey Santos.

Those deals continue the club’s policy on focusing on young talent with the potential to develop further, following the summer acquisitions of Wesley Fofana, Gabriel Slonina, Carney Chukwuemeka, Cesare Casadei and Omari Hutchinson.