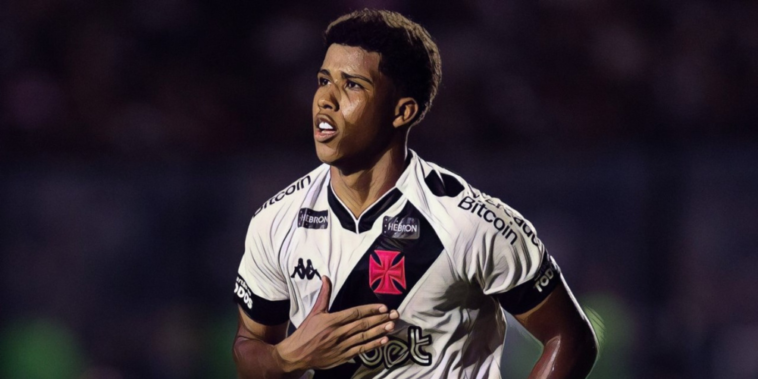 Chelsea are said to be leading the race to sign Andrey Santos from Vasco da Gama ahead of several Premier League rivals.

England’s top clubs are tracking the progress of the teenager with Chelsea, Liverpool, Newcastle and Manchester City having all been impressed with Santos since his breakthrough at the Brazilian side.

The 18-year-old made 36 appearances in all competitions for Vasco da Gama last season, scoring eight goals, and has earned four caps for Brazil at u-20 level.

The Times are reporting that Chelsea are leading the chase for his services as the west Londoners look to continue with their policy of attracting top prospects with room to develop at Stamford Bridge.

Last summer the Blues secured deals for a host of players aged 21 or under, with Wesley Fofana and teenagers Carney Chukwuemeka, Cesare Casadei, Omari Hutchinson and Gabriel Slonina all making moves to the club with a view to the long-term future.

Santos has featured predominantly in a box-to-box or midfield anchor role for Vasco da Gama and has also attracted the attention of Barcelona and Paris Saint-Germain.

Chelsea could look to agree a deal as early as next month as the club look to beat off competition from England and Europe.