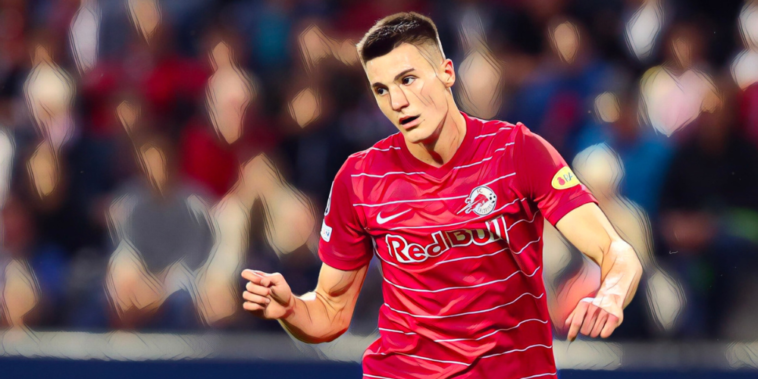 Chelsea have reportedly accelerated talks to sign Benjamin Sesko as the west Londoners look to win the race for the coveted Red Bull Salzburg forward.

Europe’s leading clubs are tracking the progress of Sesko who is the latest exciting prospect off the production line at Salzburg, with the teenager’s impressive performance against Liverpool last week having increased interest.

The 19-year-old scored as the Austrian champions beat Liverpool in a pre-season friendly and Europe’s elite are now contesting for the Slovenian’s signature.

Spanish outlet AS are reporting that Chelsea have ‘tried to accelerate’ talks for Sesko ‘in the last few hours’, the striker also on the radar of fellow Premier League rivals Manchester United and Liverpool.

Sesko enjoyed a breakthrough campaign last season to score 11 goals in all competitions and has netted twice in 13 caps for Slovenia at international level.

Salzburg – who reportedly value Sesko in the region of €55m – are reluctant to lose the forward this summer, however, following the sale of Karim Adeyemi to Borussia Dortmund earlier in the window.