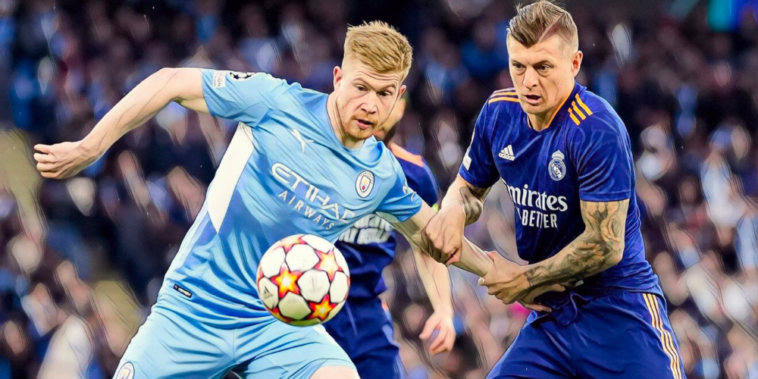 The UEFA Champions League semi-final second legs take place this week with the competition’s finalists set to be confirmed.

Manchester City and Liverpool will take first leg advantages into their ties with Real Madrid and Villarreal respectively, with the Premier League sides in a strong position to secure a third all-England final in four seasons.

Each face a tricky test with trips to Spanish soil however, and ahead of the semi-final second legs we’ve picked out four Champions League talking points.

Liverpool look to maintain fine form on the road

Liverpool are within touching distance of a third Champions League final in five seasons, as the Reds travel to Villarreal in possession of a 2-0 advantage.

Jurgen Klopp rotated his side at the weekend with Mohamed Salah, Trent Alexander-Arnold, Fabinho and Thiago all handed a rest at Newcastle, with each of that quartet expected to return in what should resemble the Reds’ strongest starting XI.

"If Villarreal are better than us – well deserved and they will go to the final. That is how football should be." 🔴 pic.twitter.com/xMDgcoaotI

Klopp will be confident in his side’s chances of progress with Liverpool boasting a flawless Champions League record in away fixtures this season, having won each of their five games on the road including victories at Atletico Madrid, Porto, AC Milan, Inter Milan and Benfica.

Those fixtures have seen 15 goals scored and just five conceded, whilst Liverpool travel to El Madrigal unbeaten in 12 games across all competitions.

Villarreal must up ambition to spring a surprise

Villarreal’s game-plan was clear from the offset against Liverpool at Anfield, but the Spanish side’s containment mission failed to work out as planned as the Europa League holders fell to defeat.

Liverpool were superior in all areas in the first meeting, with Unai Emery admitting his tactical approach had not been executed as hoped during his post-match press conference.

Unai Emery thinks Liverpool will 'suffer' against Villarreal in the return leg 👀 pic.twitter.com/EVwMZedLIA

In just their fourth Champions League campaign, Villarreal have reached the semi-finals and caution must be thrown to the wind if the competition’s underdogs are to cause a huge shock at El Madrigal.

Proactive domestically despite a disappointing season in La Liga, the high press and intensity often seen in league action must be shown if Emery’s side are to have any chance of a comeback.

It’s certainly a risk against a side with Liverpool’s resources and talent, but one that must be taken.

Real Madrid’s first leg defeat to Manchester City was a chaotic clash that saw seven goals scored, with the Spaniards fortunate to escape from the Etihad with only a one-goal deficit.

The La Liga champions were carved open inside the opening exchanges, with the absence of Casemiro a notable omission at the base of Carlo Ancelotti’s midfield.

Deemed unfit to start, he remained an unused substitute in Manchester but looks set to return for the second leg with Real Madrid in need of a natural number six.

The less defensively minded Toni Kroos occupied the deepest midfield position at the Etihad and Ancelotti could look to revert to the tried and tested midfield axis of Kroos, Luka Modric and Casemiro.

Few midfields have had such success in the latter stages of the Champions League and getting control of the game in midfield will be crucial to stopping a Manchester City team who threatened to run riot in the first encounter.

David Alaba, however, remains a major doubt and his expected absence will come as a blow to Real Madrid’s hopes of turning the tie around.

The key battle in the second leg could come on the flanks as Manchester City find a way to combat the threat of Vinicius Junior.

The Brazilian scored a brilliant individual goal in the first meeting and gave City’s right-back options a torrid time, in particular Fernandinho after his introduction in place of the injured John Stones.

Joao Cancelo’s return from suspension provides a boost for Guardiola ahead of the return leg, with doubts remaining over Kyle Walker’s fitness despite the England international’s return to training.

Cancelo has the qualities to deal with the threat of Vinicius, but will need to be on his game defensively against the 21-year-old who has enjoyed an electric season for the Spanish giants.

Vinicius has 18 goals and 15 assists across all competitions and Cancelo – whose best football often comes when venturing forward – will have to remain focused in order to come out on top in their duel.