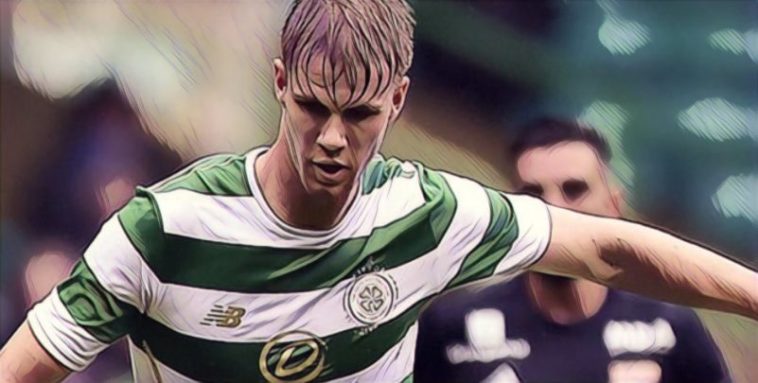 Kristoffer Ajer has revealed just how much he enjoyed Celtic’s last minute winner against Kilmarnock in the Scottish Premiership.

The Hoops defeated the Killies 1-0 with a last minute goal from Scott Brown, giving the club a huge eight point lead at the top of the Scottish Premiership table.

The goal-scorer got a little too excited about his winning strike for the referee’s liking, receiving a second yellow card after fans jumped onto the pitch to celebrate with the players.

The jubilation among the squad and supporters was there for all to see, and Celtic defender Ajer could hardly have been happier at the conclusion to the match.

“To be honest, there is no better feeling in football to win a game with a goal in the last minute,” said Ajer told celticfc.net.

“That was an absolutely great feeling and Kilmarnock made it very difficult for us, as we expected. They’re a really strong side, and coming here is always difficult. To get three points away from home is always good.

“When you’re pushing for the win and get it in the last minute, that makes it even better. To get another clean sheet is great, to win 1-0 is a good feeling.”

Celtic remain first in the table with 60 points, while Rangers lag behind in second with 52.